Yes, we make a lot of slime around here.  I know.  But it’s soooo fun.  And The Babe asks for it over and over again.  So today’s version is a fun way to play with slime in the dark.  Glow in the Dark Slime!  This post contains affiliate links. 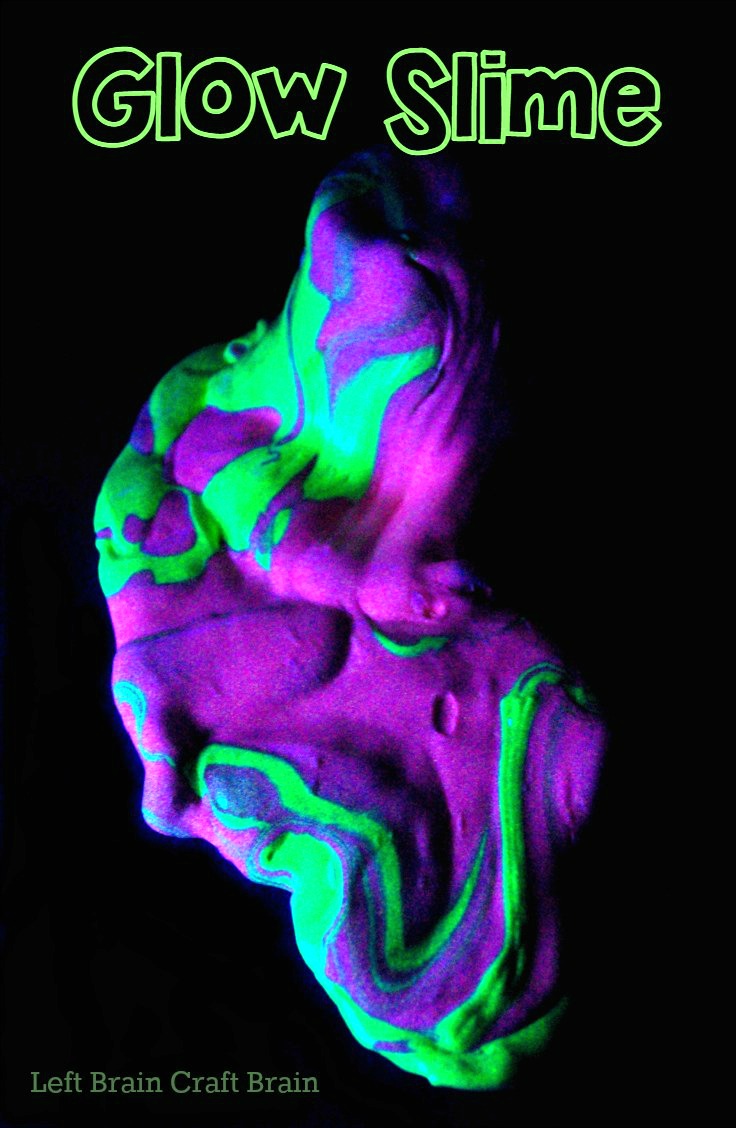 Glow in the Dark Slime Recipe

The following are the ingredients needed for one color.  We made two batches, one in green and one in pink.

1.  Pour 1/2 cup of the glue for each into a small mixing bowl and add the glow in the dark paint.  Then add about 20 drops of gel food coloring.  Mix well until the color is well blended.

3.  Add the liquid starch and mix until thick and slimy.  Then knead the slime with your hands and return to the starch mixture for another mixing.  This step is important because it makes sure there’s no unmixed glue hiding in the center of your slime ball.

4.  Slime too slimy?  Rinse it with water (do not pat dry with paper towels like I did!!!).  Slime too sticky?  Mix it with some more starch.

5.  Store the slime in an airtight container or zipper bag for 1-2 months. 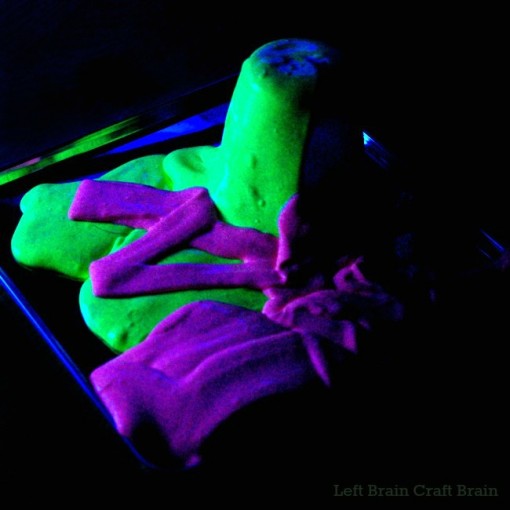 The best way to play with the glow in the dark slime is to set up a blacklight.  I went to the hardware store and bought a blacklight bulb

{affiliate} that I screwed into a lamp I already had.  Or you can pick up one of these blacklights {affiliate}. 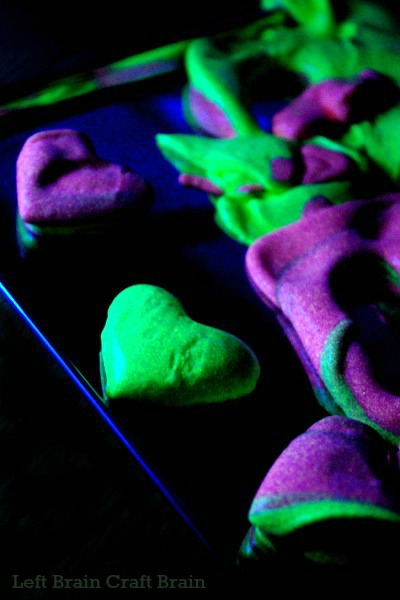 Did you know they sell glow in the dark face paint?  I didn’t, but I really think we need this for Halloween now that we have the blacklight bulb :) {affiliate}…

For more glow in the dark fun, check out the Left Brain Craft Brain In the Dark Pinterest board.

12 thoughts on “Glow in the Dark Slime”