I picked up a fun jello mold the other day.  It’s a brain.  I mainly got it because I’m Left Brain Craft Brain, you know, and thought it would be fun for Halloween.  Then I realized how much fun this could be for The Babe.  So every other day we pull the brain out along with some new supplies!  Ice, baking soda, playdough…  You can use them for Halloween or Mad Scientist parties.  Or you can use them to actually learn a bit about the parts of the brain.  Either way, get ready fore a lot of messy ways to play brain surgeon with a brain jello mold! 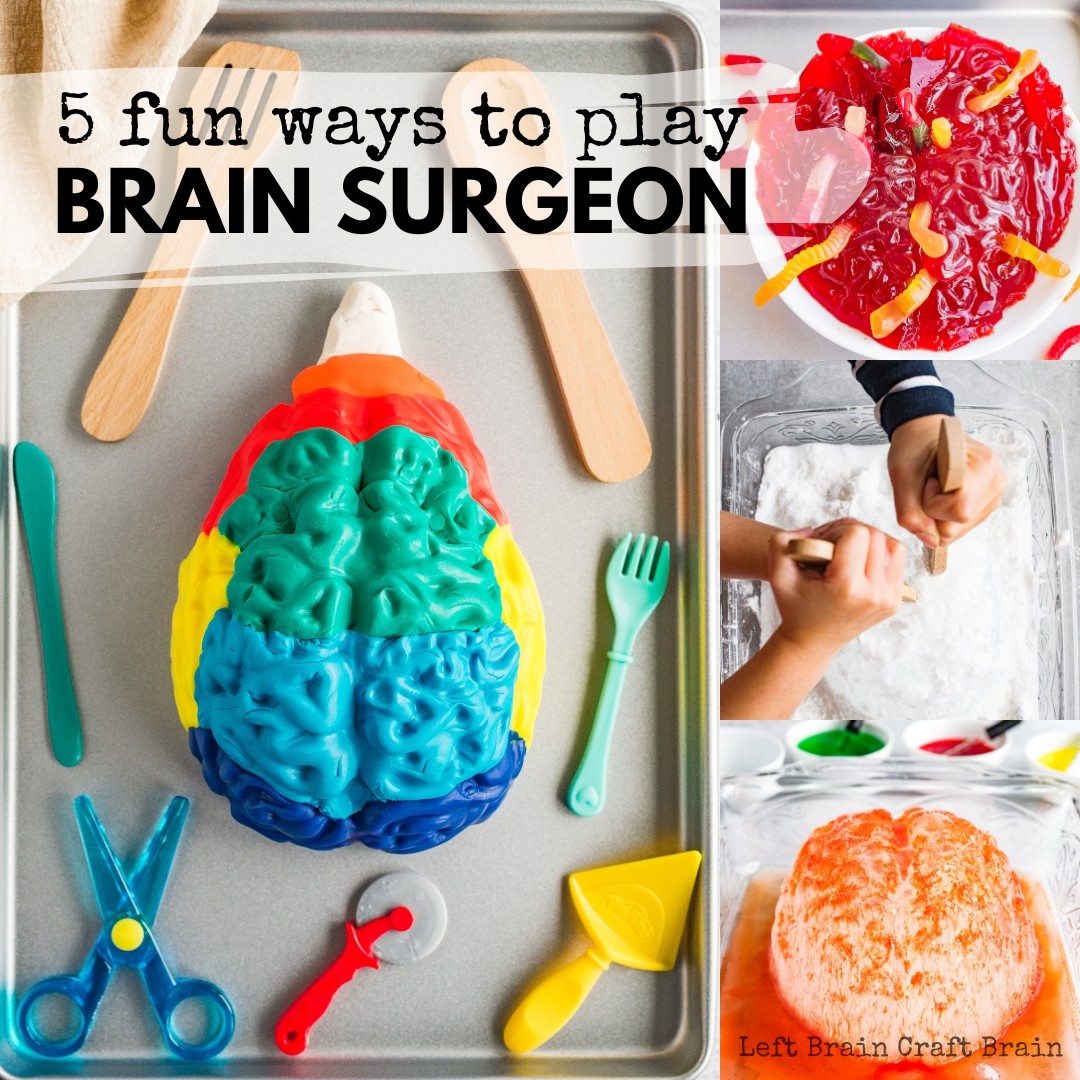 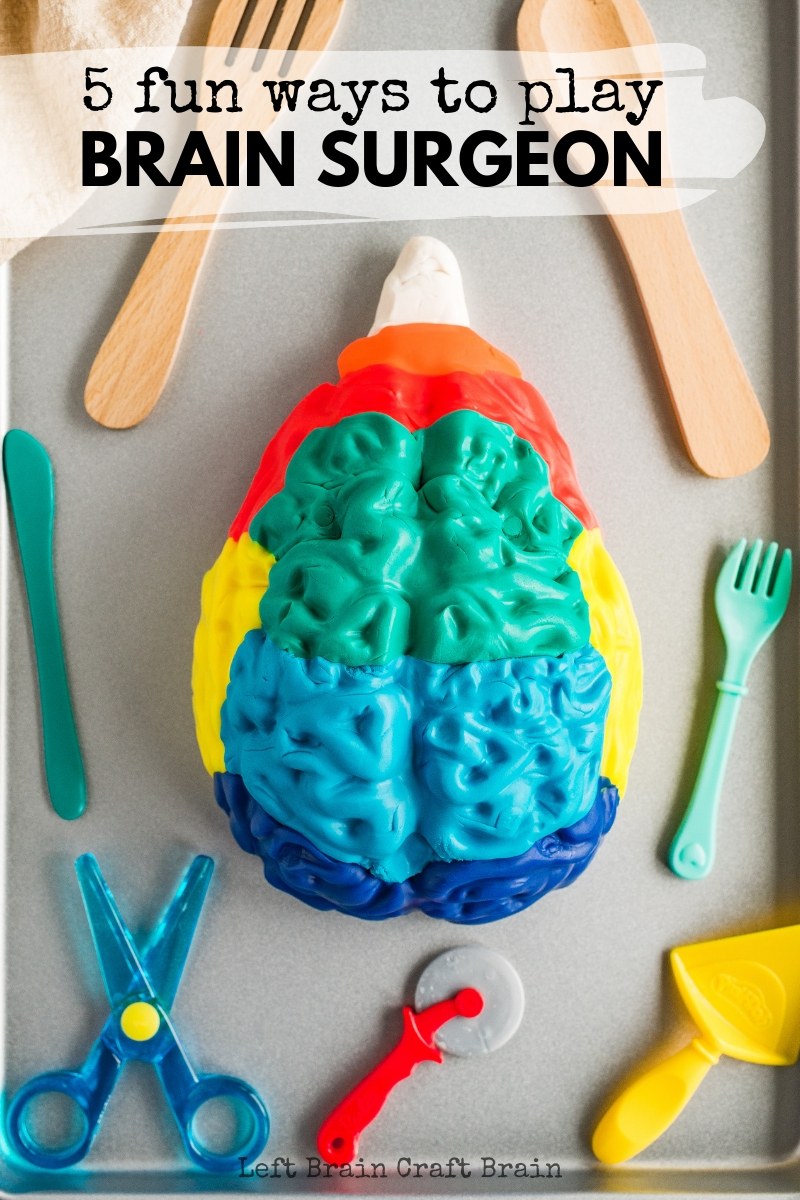 Please note, I have provided links for supplies as they are hard to find in stores and as an Amazon Associate I earn from qualifying purchases. This is at no cost to you.

First up is slime play with the brain jello mold.  Because I don’t know about you, but I always have assumed a brain is pretty dang slimy.  The Babe used the leftover slime from our Sunset Slime project (recipe included).  The amazing thing was that after a few hours, the colors had faded to a perfect shade of brain. 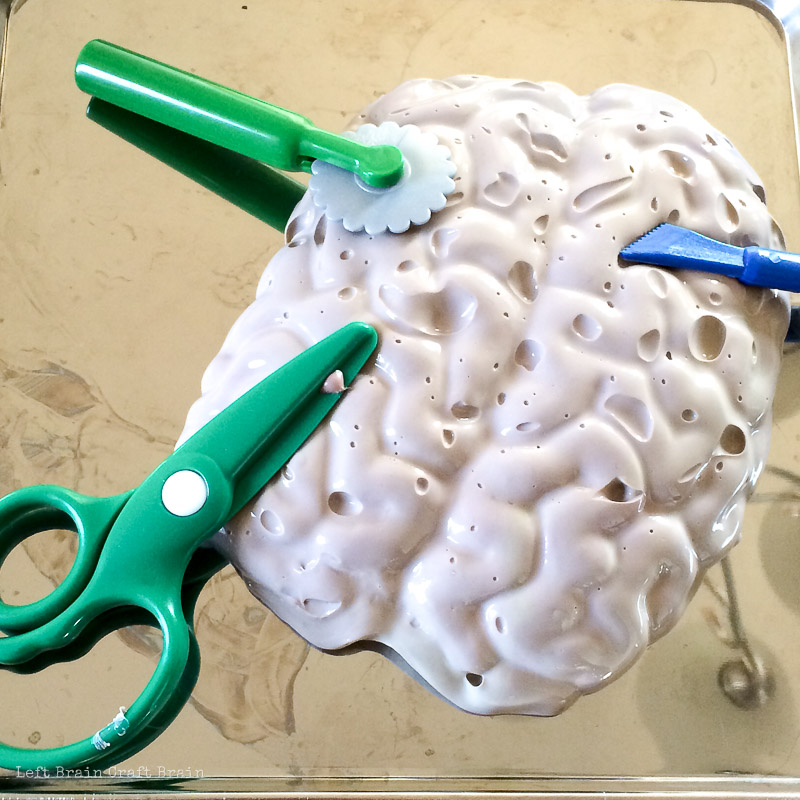 This one may have been the grossest of all the brains.  It was just ice play with a bit of salt and colored water.  But once that red water hit the bin, ewww…  Perfect for Halloween!! 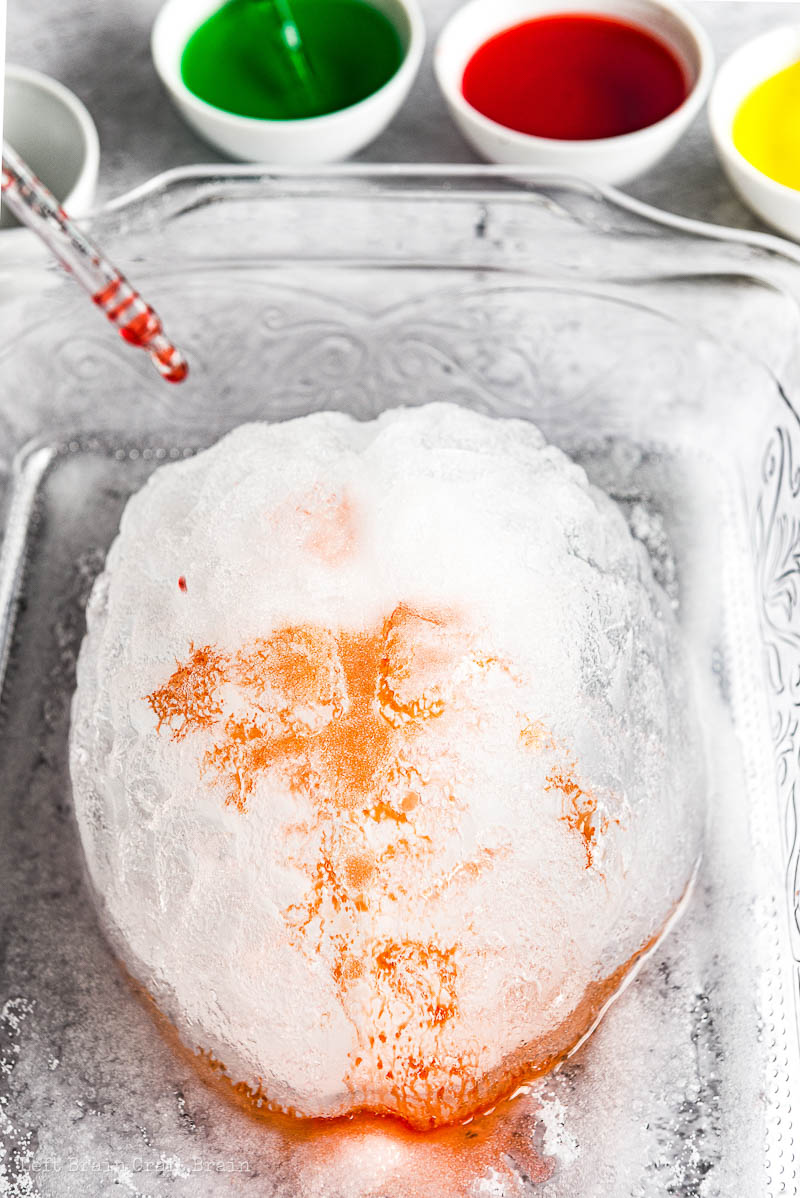 Parts of the Brain and their Function

This is a great opportunity to teach older kids about the parts of the brain and what they do.  Lay out six different colors of play dough and talk them through the different areas of the brain. 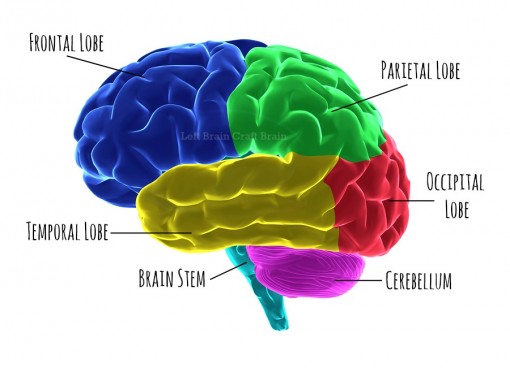 The brain is made up of distinct areas where various functions are processed and controlled.

Also, I figured this is the best time to chat about that whole Left Brain Right Brain thing…  The brain is separated into two hemispheres, the right and the left.  Historically, scientists have believed that logical thought is controlled by the left side and creative thought on the right side.  But more recent research has shown that many processes tend to use both sides of the brain.  For example, mathematical thought was believed to be controlled solely by the left hemisphere.  But in reality only fact retrieval and exact calculations are managed on the left.  Numerical estimation and other math deductive processes appear to require both sides of the brain.  Hmm…  maybe I need to rethink the name of my blog ;) 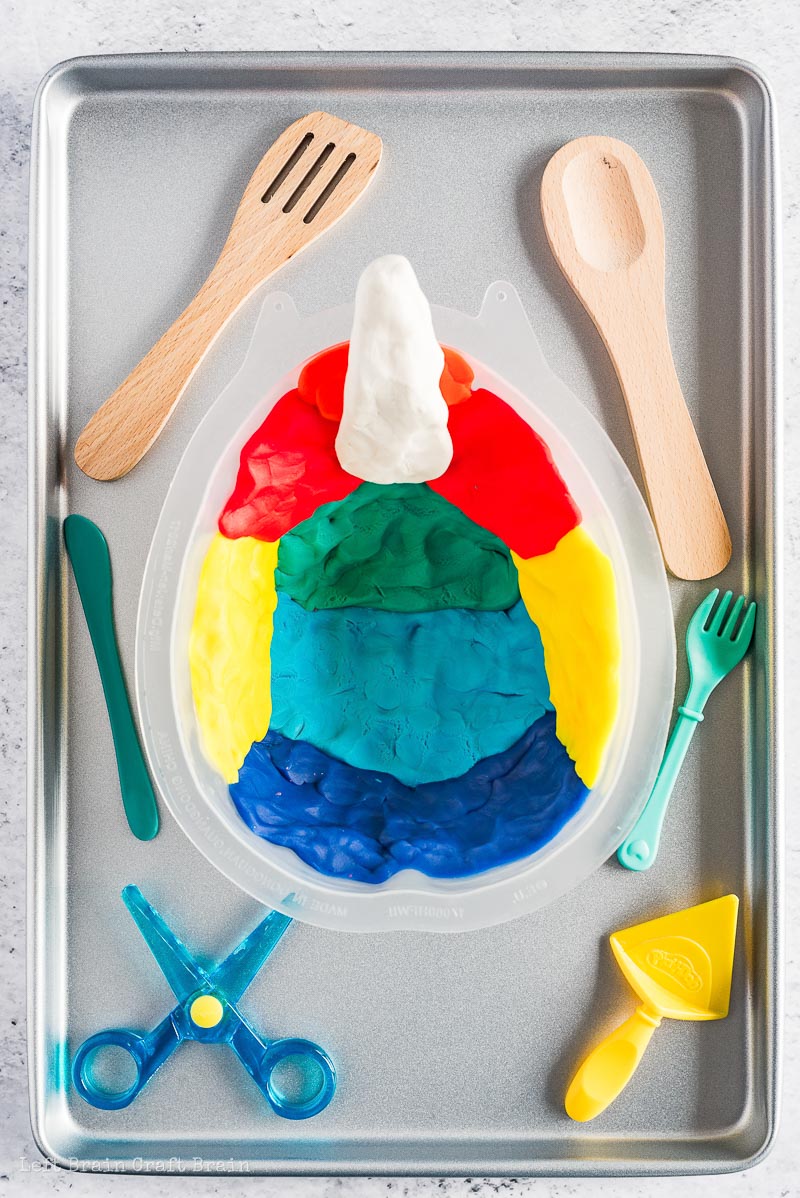 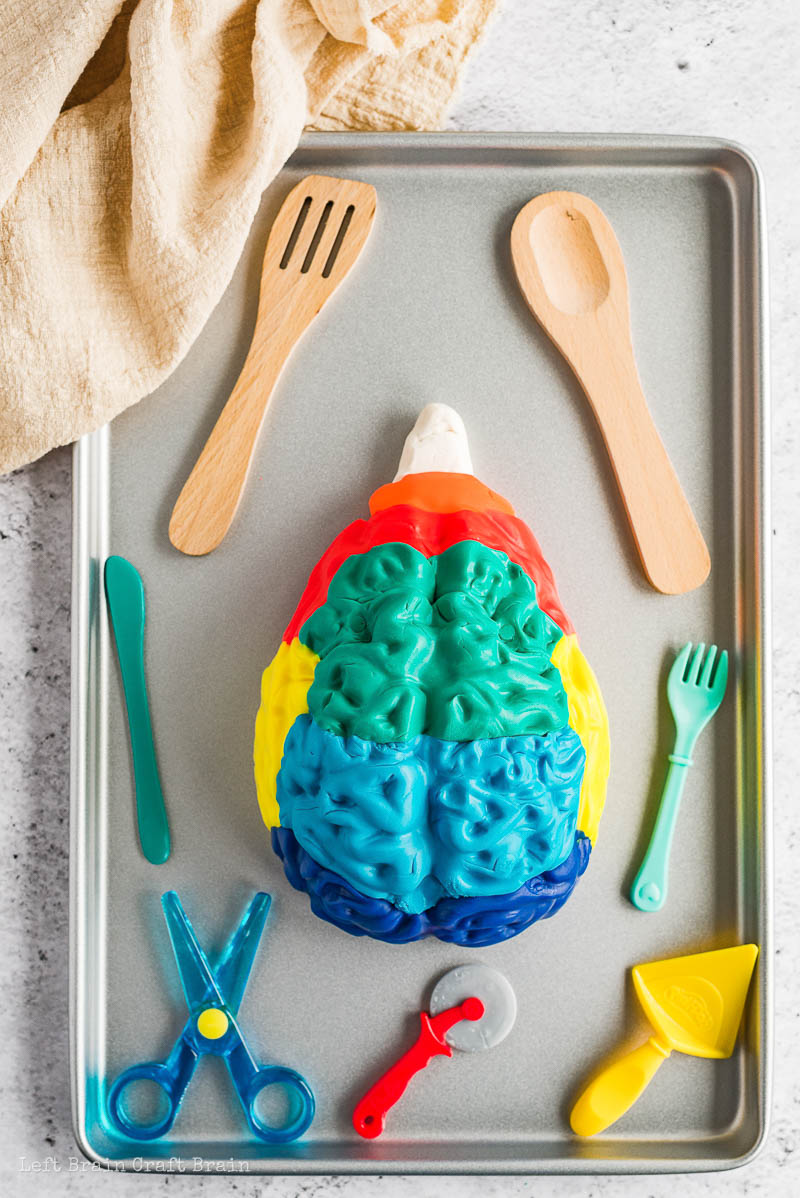 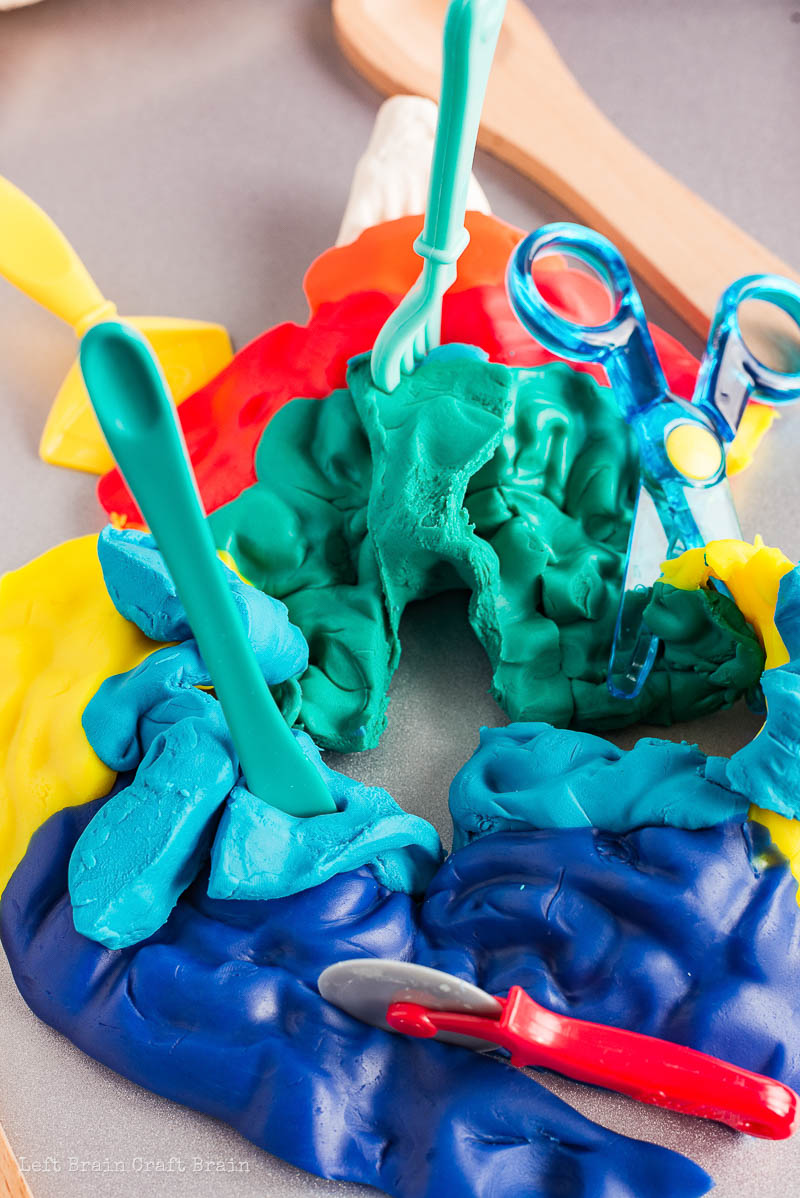 This is your standard science activity of baking soda and vinegar with a brainy twist. 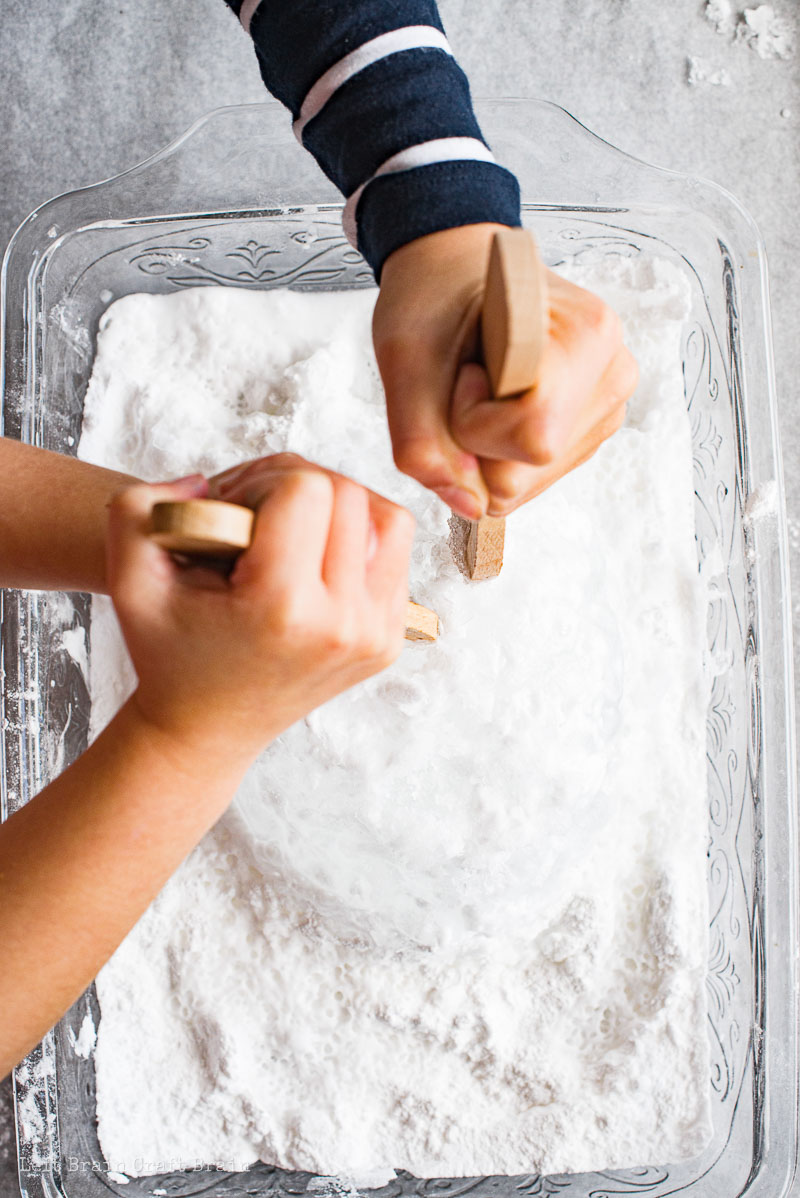 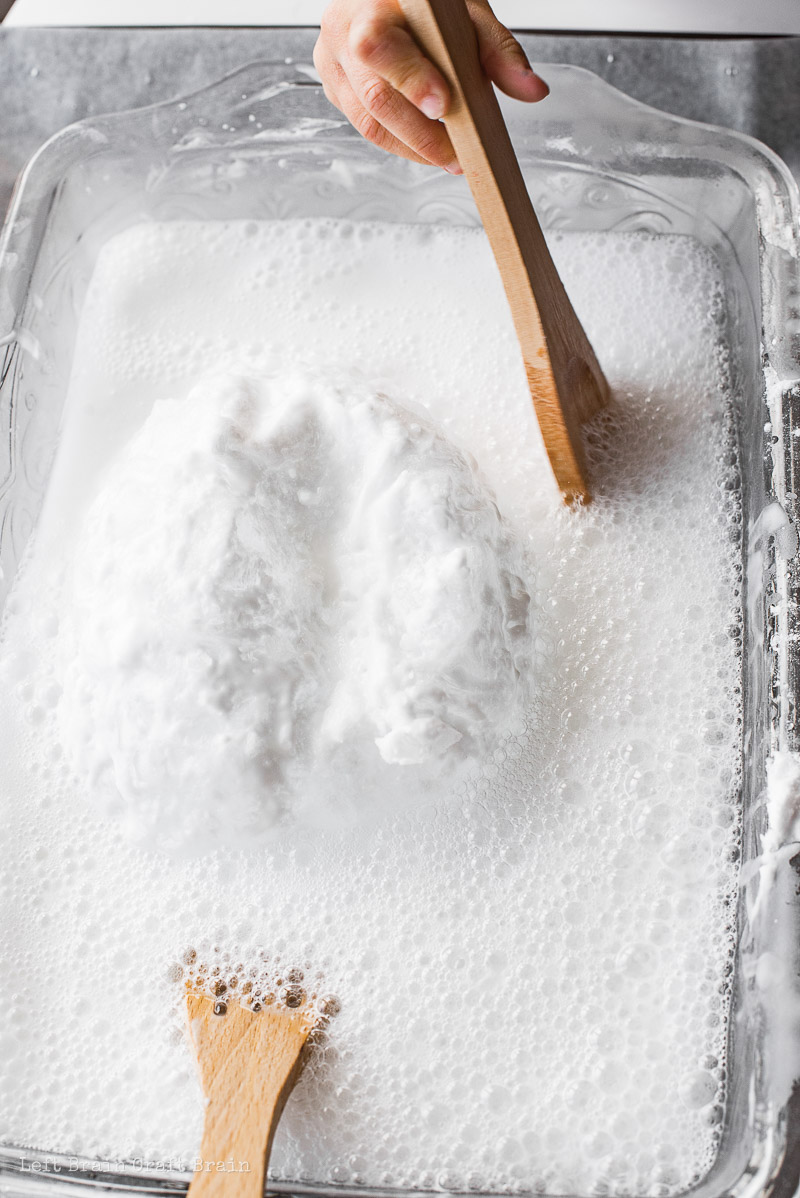 And yes, my daughter does have a jaguar costume on with her safety glasses.  She loves dress-up!  Plus didn’t I tell you this is perfect for Halloween parties ;)

After all this play, we decided we were hungry :)  So we played zombies and ate some Jell-O brain.  And then played with the leftovers. 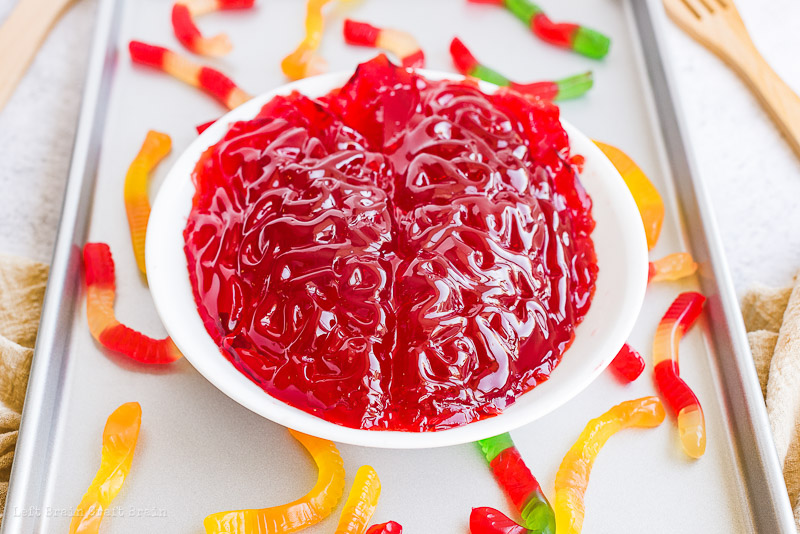 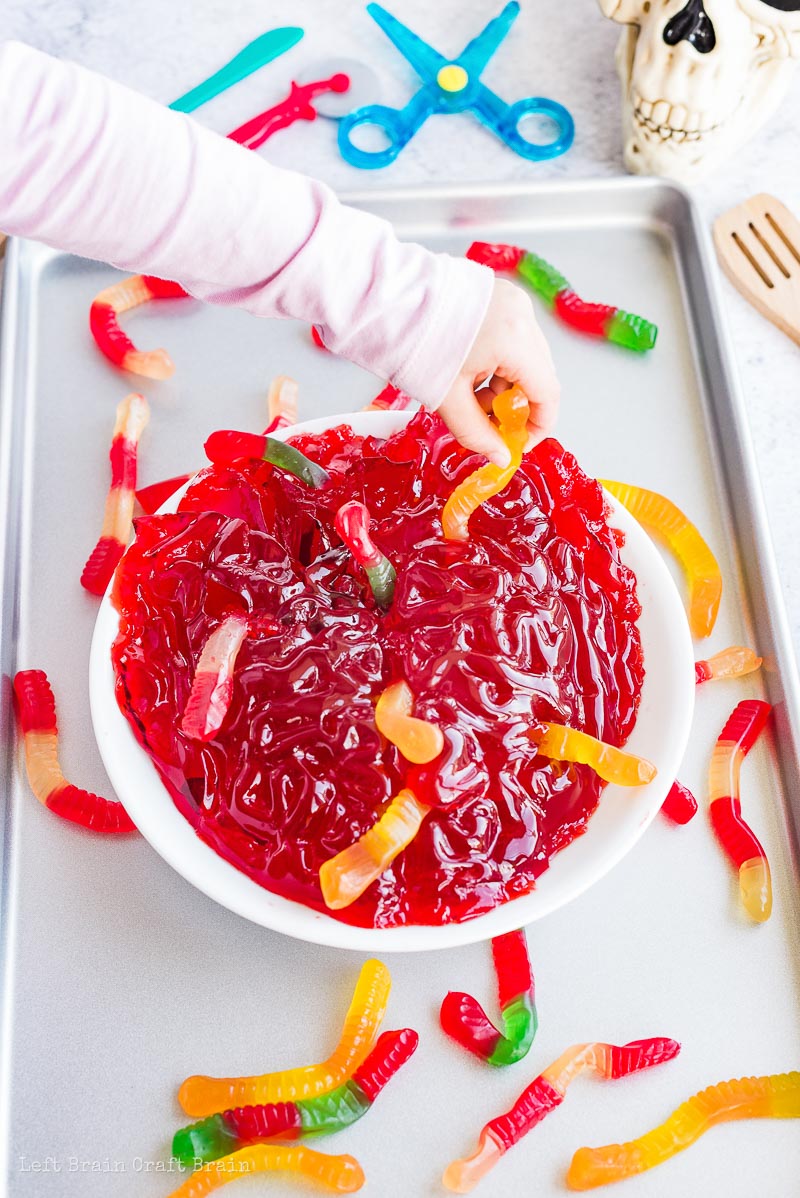 Memories of Brains Past

We did this activity again after first doing it when my daughter was just 4. I can’t bring myself to totally replace the pictures, so here’s a quick walk down memory lane with my girlie. Thanks for humoring me!! 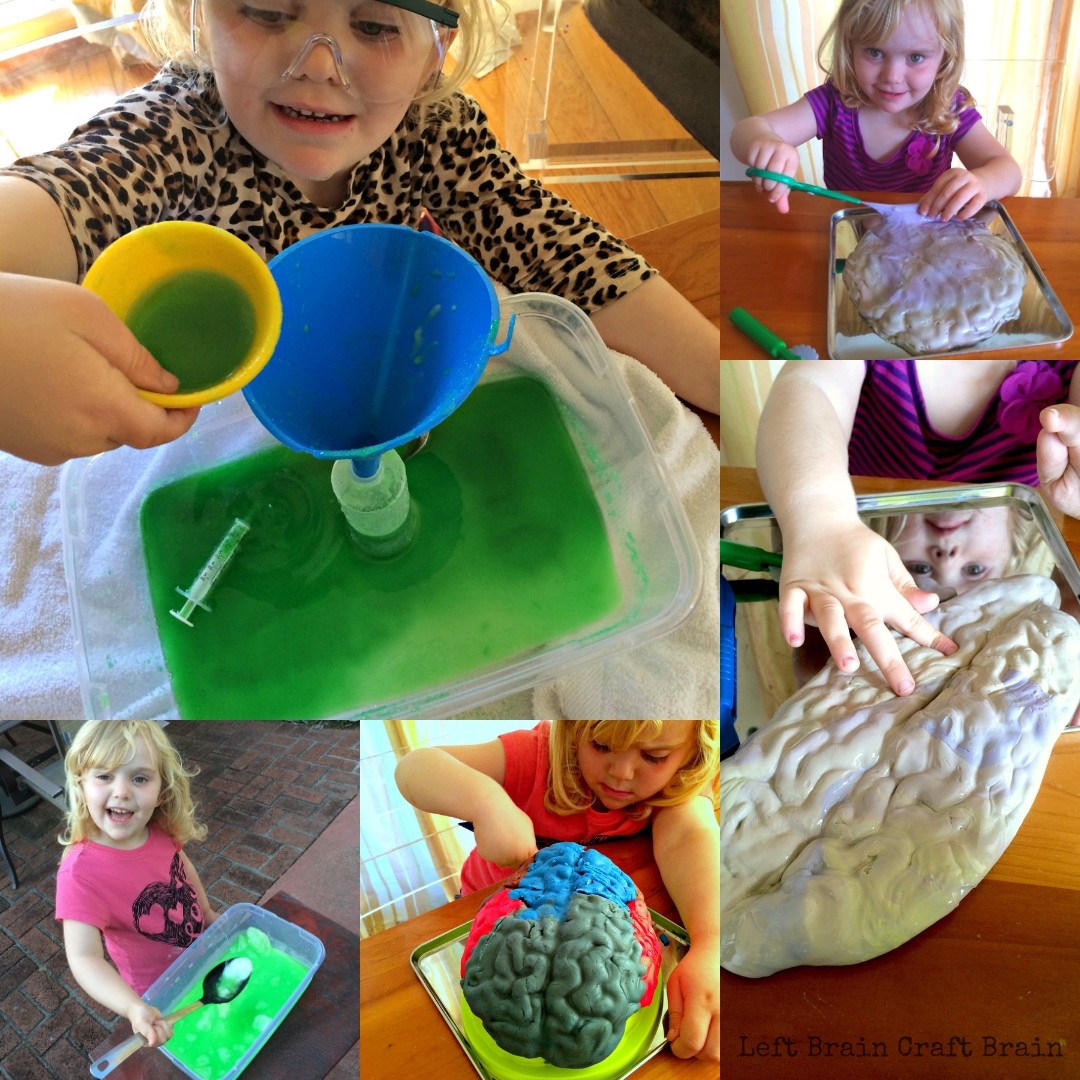 Whew!  Long post today, but this was literally the play that just kept on going.  If you have more ideas on ways to use one of these brain molds

{affiliate}, let me know in the comments!

65 thoughts on “Play Brain Surgeon with a Brain Jello Mold”