A flock of birds. An army of frogs. A band of gorillas. A pounce of cats. Groups of animals have special names called collective nouns. And a lot of them are really fun. Like a pounce of cats. So today I’m sharing with you a fun project… A Pounce of Pouncing Pom Pom Cats. What makes the cats pounce? A paper clip. This adorable craft is actually an engineering project in disguise :) 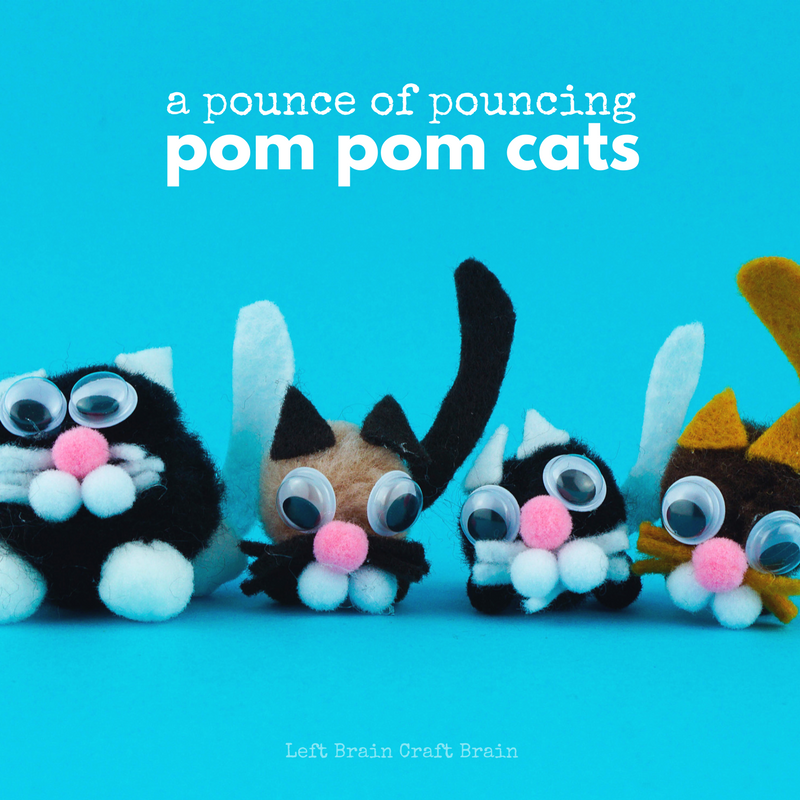 You’ll need to make a few of these cats to have your own pounce of kitties. You can make different sizes of cats, but I found that the small ones pounce higher and are more fun. 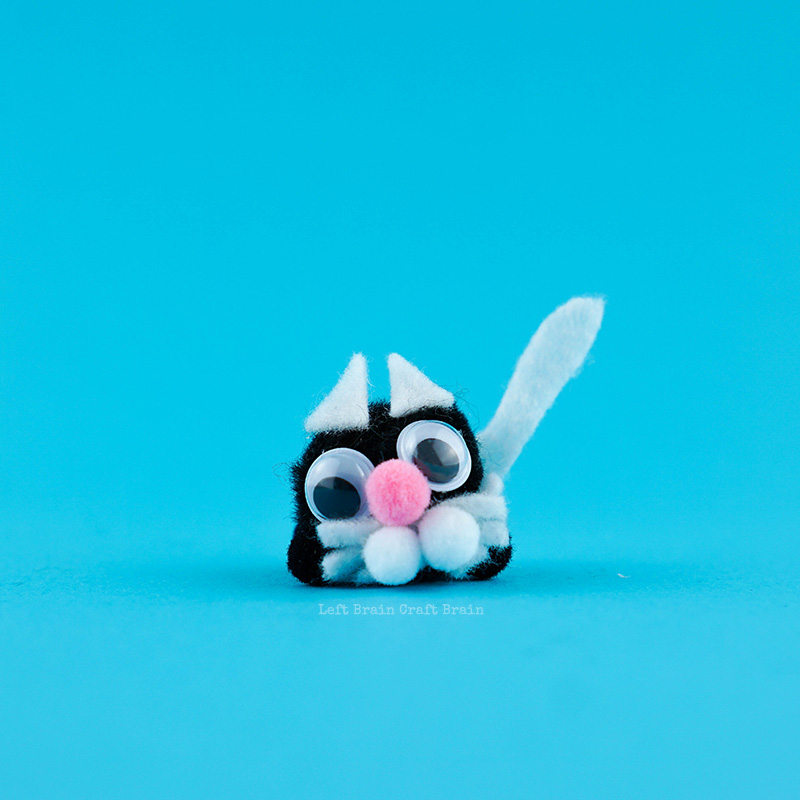 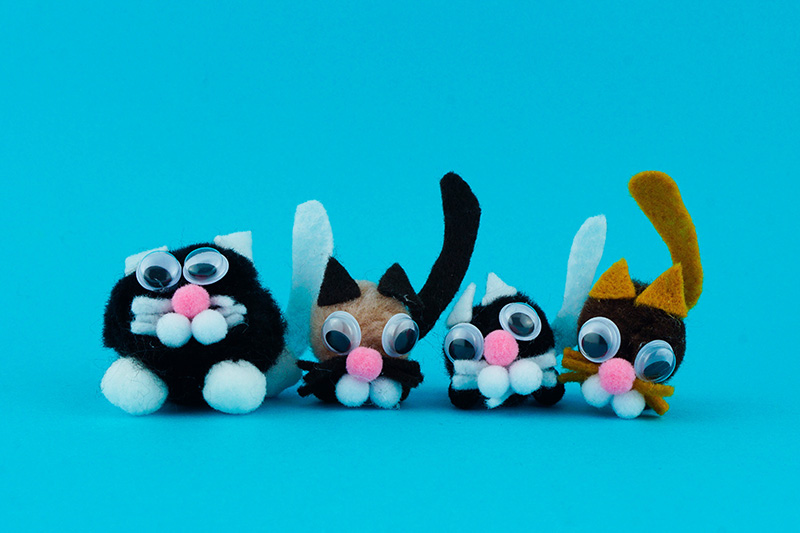 Make Your Pounce of Cats Pounce

Create your cat launcher with a 2 inch long paper clip. Pull up the inside loop to a 70° angle. Then bend up the bottom half of the short end of the small loop to a 90° angle. 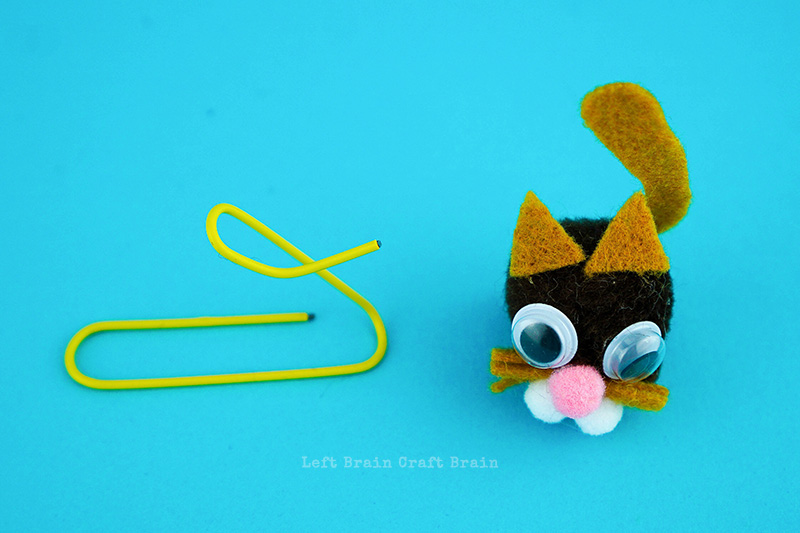 To make the cats pounce, rest the pom pom cat on the bent end of the paper clip. Press your finger on the end of the loop, release and watch them fly. 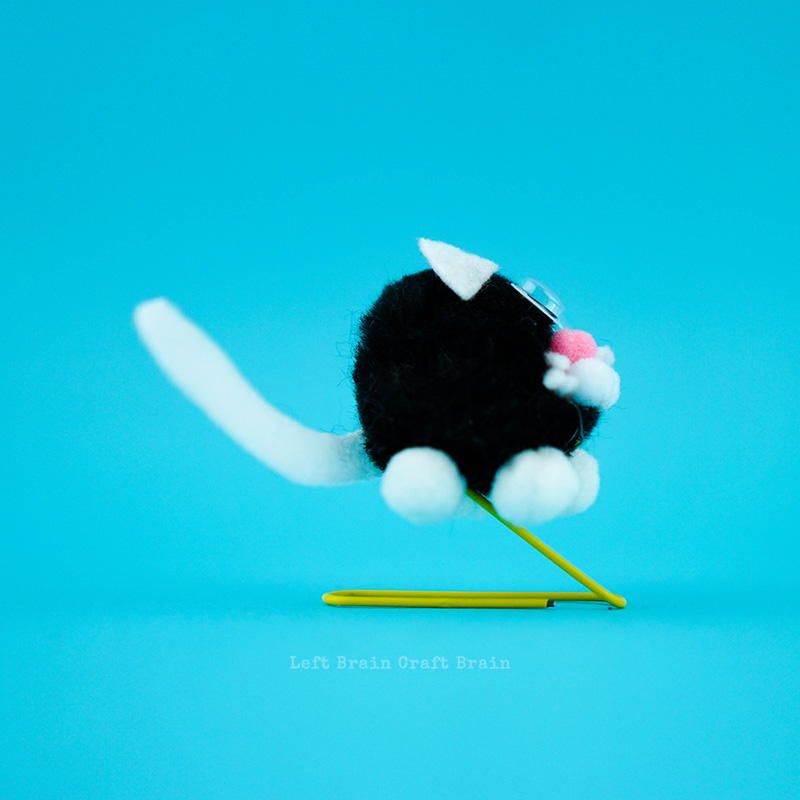 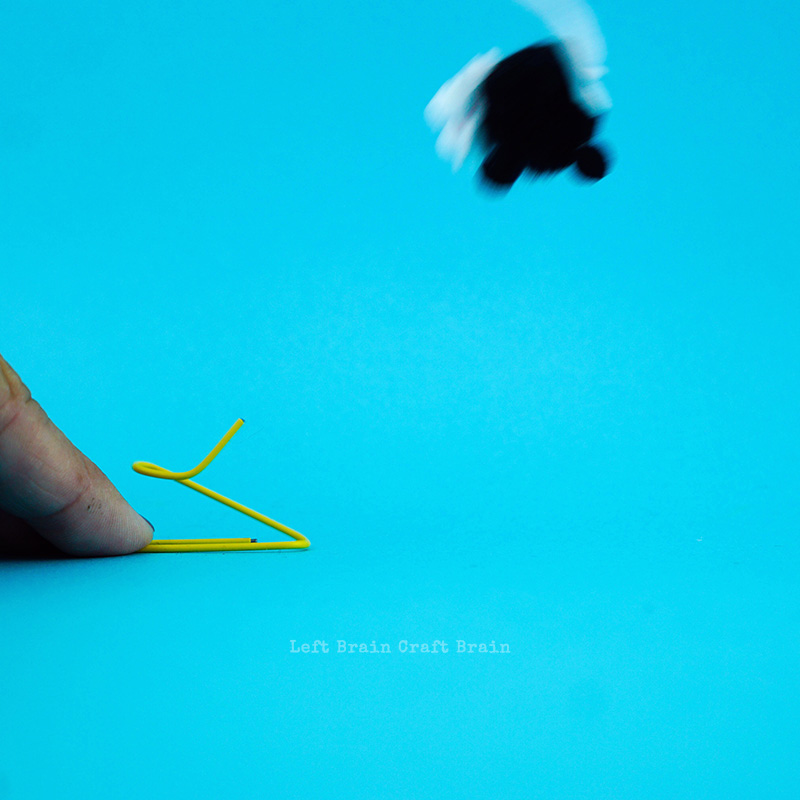 This fun project is a part of a series of #CollectiveNouns, those fun words that are used to describe a group of animals. A bunch of my blogger friends are making collective noun crafts this month, perfect for adding a little bit of learning to your crafts! Be sure to check out these fun Collective Noun paper plate projects, they’re both perfect for the littles!

2 thoughts on “A Pounce of Pouncing Pom Pom Cats”