Get ready to have some soccer (football) fun with STEAM! Grab some paper and straws to make this cool paper foosball game. It’s a fun and mini version of people’s favorite soccer and football game. It’s a perfect game to build during the World Cup or any day of the year.

Please note, as an Amazon Associate I earn from qualifying purchases.

Football or soccer, whatever you call it, is the world’s most popular sport. Here are some fun facts about the game:

Foosball, also known as table football and table soccer is a table game that mimics soccer. Players try to get the ball into the opponents goal by turning the rods which then turn the attached player figures that “kick” the ball into the goal. In today’s project, you’ll build a mini paper version of the game.

The best part of this project other than having fun building and playing with it is that the supplies are cheap! This is a totally budget-friendly project that’s perfect for a group. We’ve even pulled together a simple template for the game. Print it on white cardstock for a sturdier game or you can use copyweight paper for a cheaper build.

Simply fill out the form below to have the template and printable instructions emailed to you. 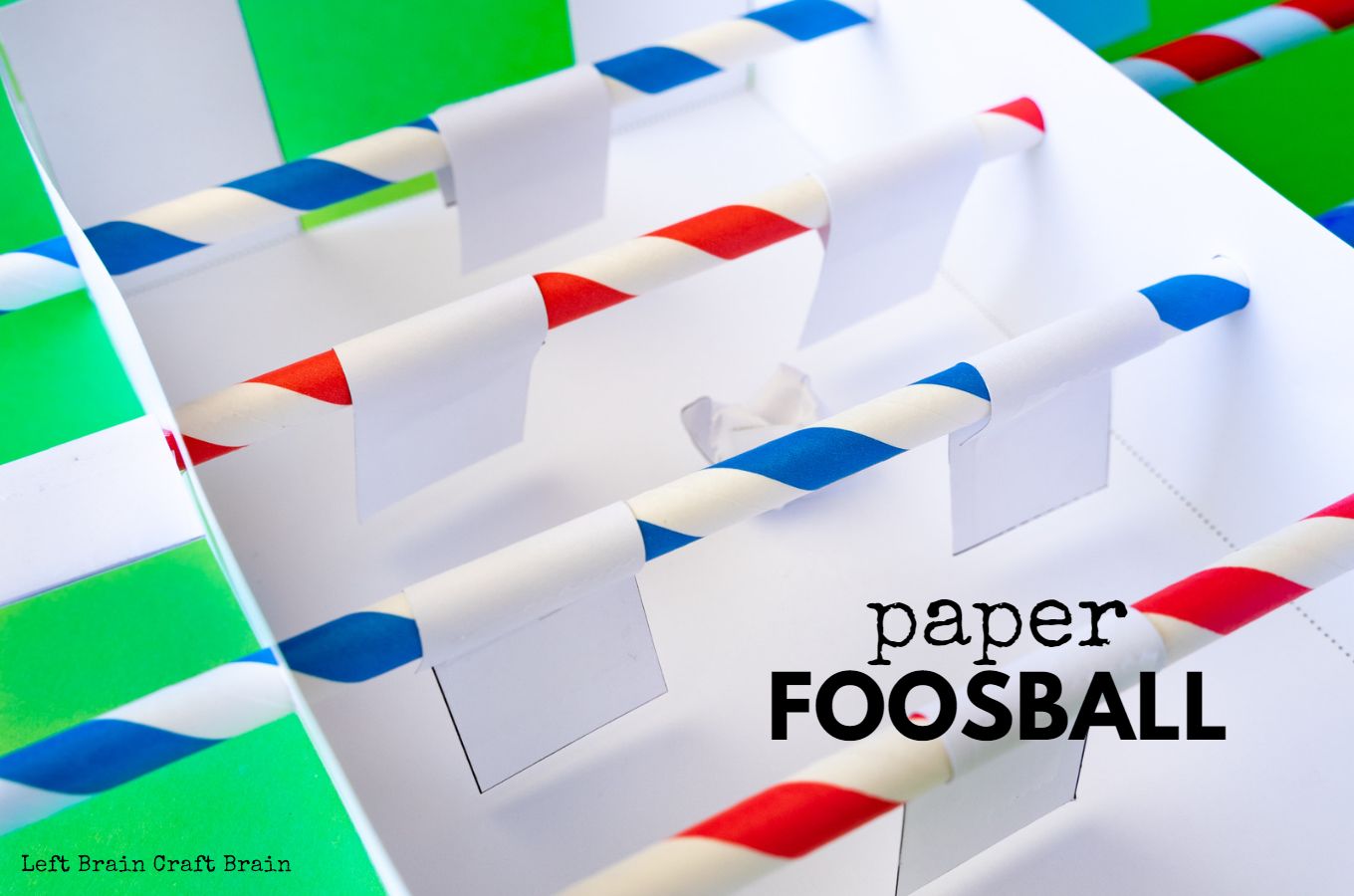 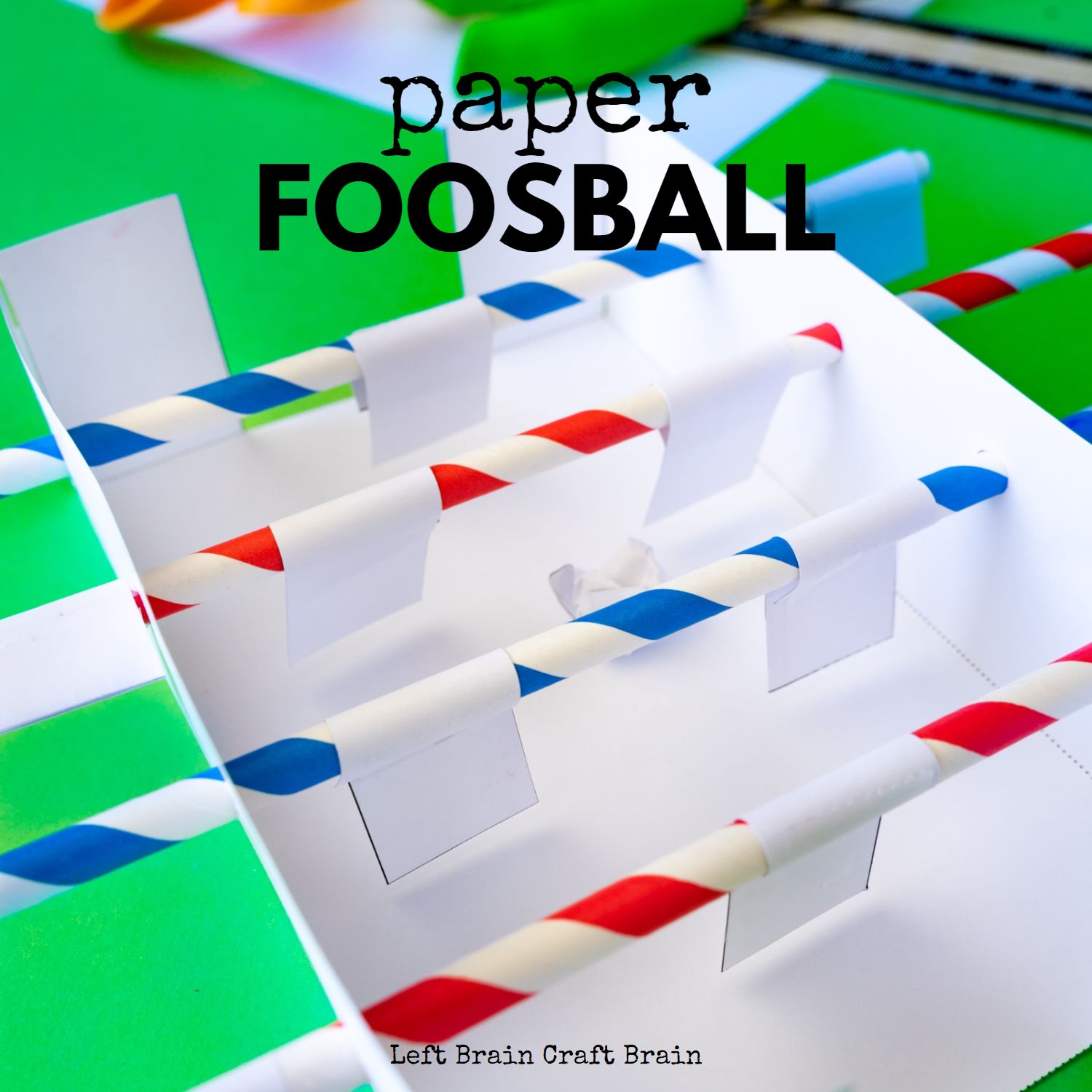 Here are the simple supplies you’ll need to build the paper foosball game.

How to Play Paper Foosball

To play, drop the crumpled paper ball in the center of the table and try to shoot it into your opponent’s goal. Rotate the straws to make the player flappers hit the paper ball. The first to 5 points wins.

Cut and fold paper into a fun transforming card with this Neverending Emoji Card.

Wow the crowd with a flute made of just paper and tape!

From football to tennis to spinning ice skaters to what makes athletes tough, there's lots to explore with the STEAM Explorers Sports activity plan! Join us as we get inspired by your favorite sports and the athletes that play them! The kids will love crafting a foosball table out of paper, practicing math skills by playing football, building, and art-ing up mini skateboards, testing their lung capacity, and so much more! You'll love the helpful standards-based learning, printables, and tools that make STEAM (science, technology, engineering, art, & math) exploration easy!

!
!
Terms and Conditions checkbox is required.
SEND ME THE PRINTABLE
Something went wrong. Please check your entries and try again.
Scroll to Top