I’m going to admit, these Googly Monster Finger (or Toe) Puppets were pretty much the easiest thing I’ve ever made.  But they’re pretty stinking cute and The Babe loved playing with them.  So I decided to write a post about them.  Oh and they’re a part of a fun engineering project for when you and the kids have a little more than five minutes.  This post contains affiliate links. 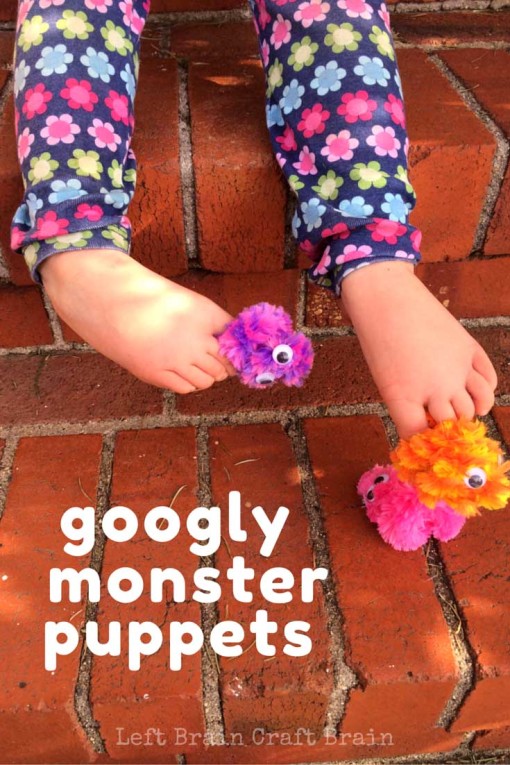 Here’s what you need to make the puppets: 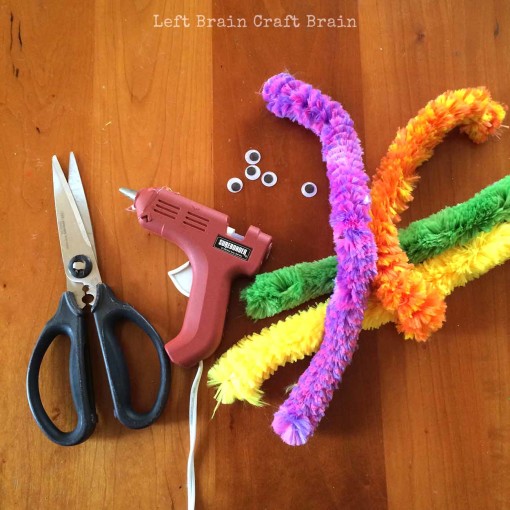 There’s just three steps to making the puppets.  1)  Cut each pipe cleaner in half.  2)  Twist around your finger.  3)  Glue googly eyes on with the glue gun.  Some of our monsters had one eye, some two and some three. 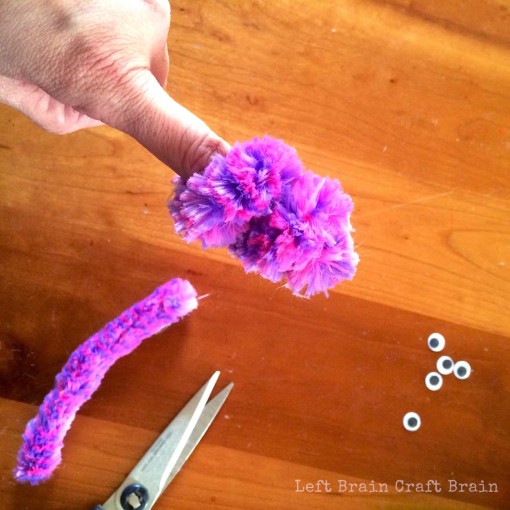 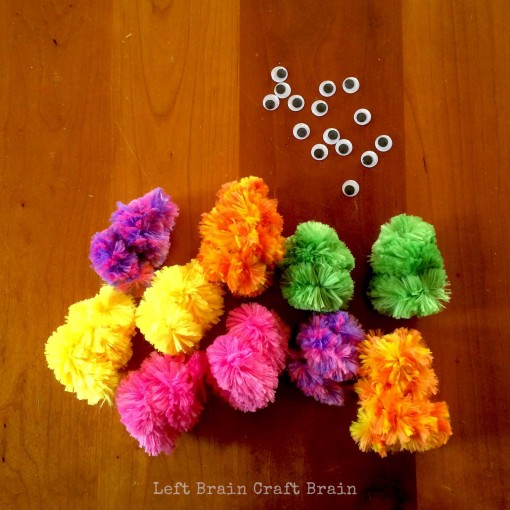 Now this is where it got really fun.  My daughter first did the standard finger puppet play.  Then they became toe puppets.  And then she became a giant in the land of the monster bugs.  Then we played hide the monsters.  Then we did some math with them.  And then we scared Daddy with them.  So much play for five minutes of creation time! 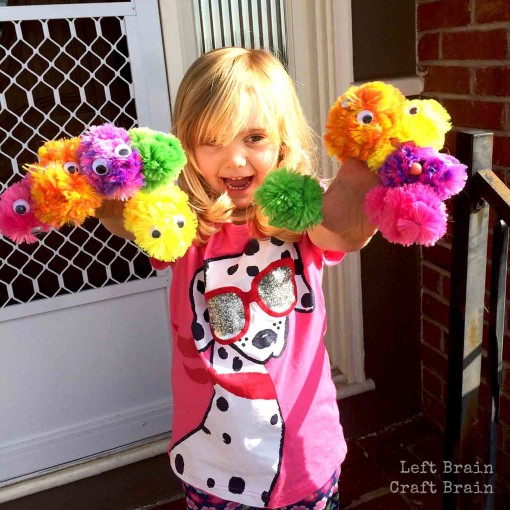 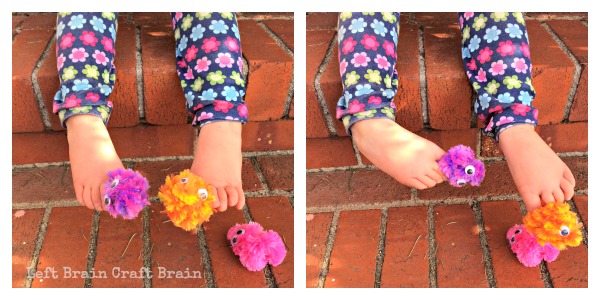 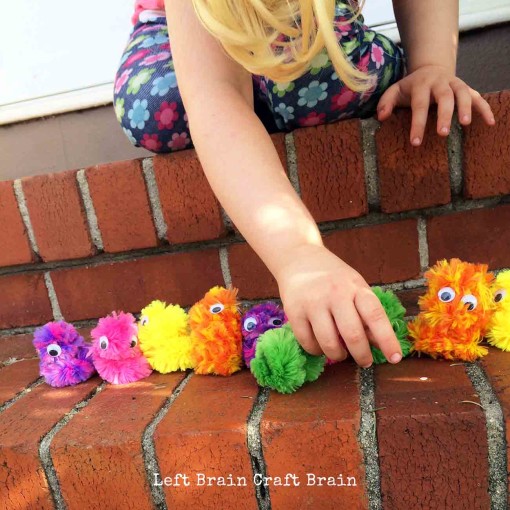 And after all this fun, the monsters played engineer with this Kinetic Sculpture. 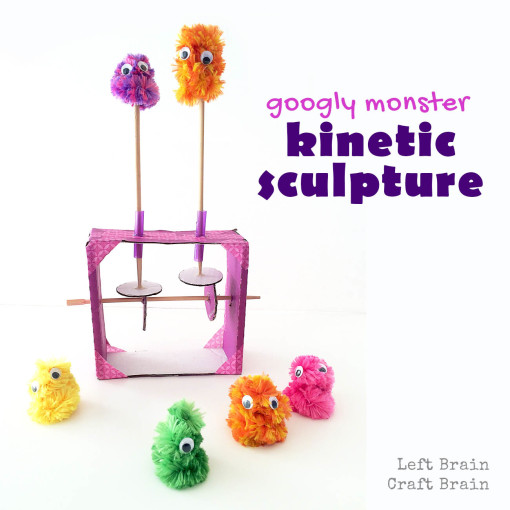 To be the first to hear about more of our adventures, sign up for the Left Brain Craft Brain newsletter by clicking here.