Ready for 2015?  (sound of screaming in the background…)  I can’t even believe I’m saying 2015.  I guess I might as well give in to the inevitable and have a party.  And at Left Brain Craft Brain, we have slime parties.  Filled with confetti.  I hope you have as much fun with this Party Slime as my daughter and I did!  And Happy Almost New Year, too. This post contains affiliate links. 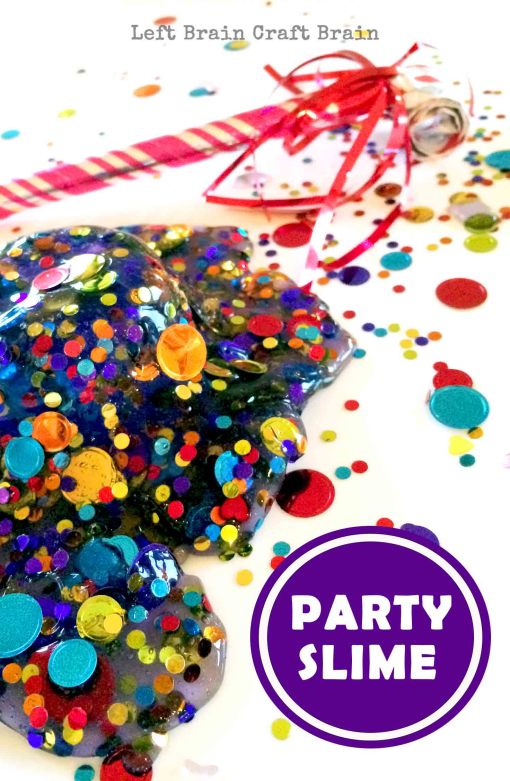 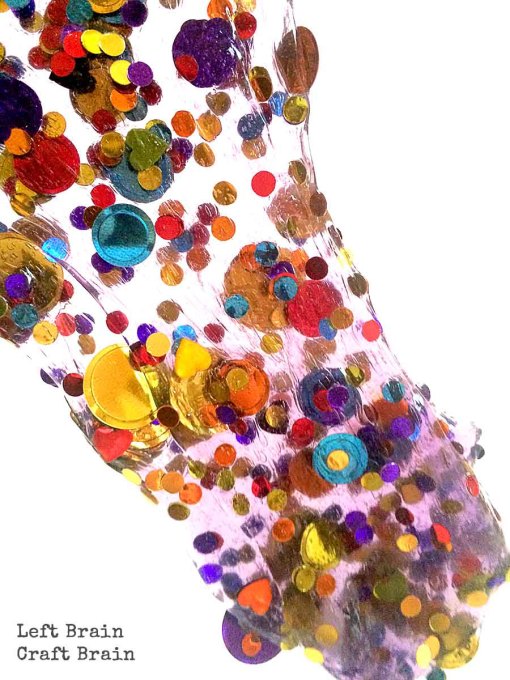 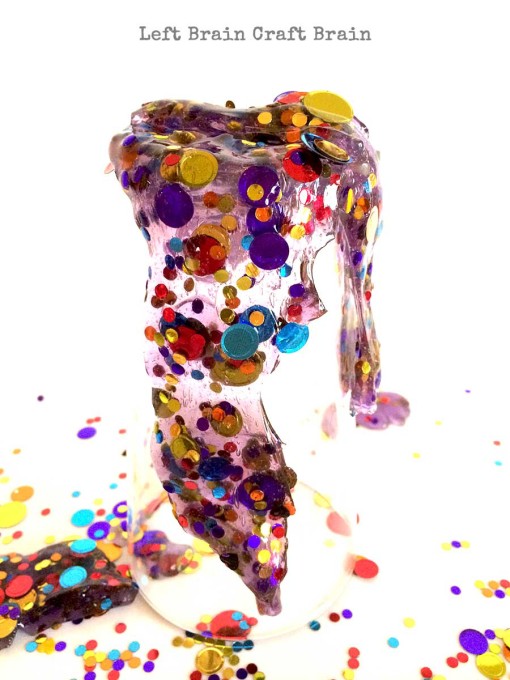 Have a Slime Party

The Babe was loving this slime.  And the photo shoot.  She kept hamming it up for the camera with that noisemaker / blower thing.  (What are those called, anyway?) 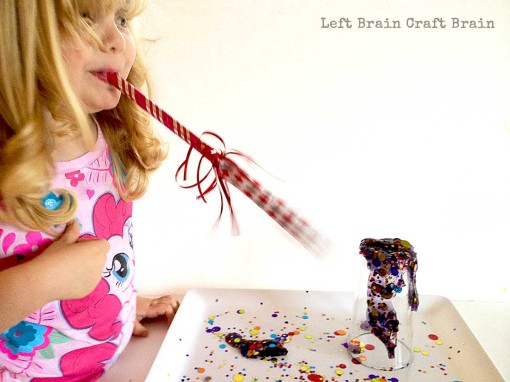 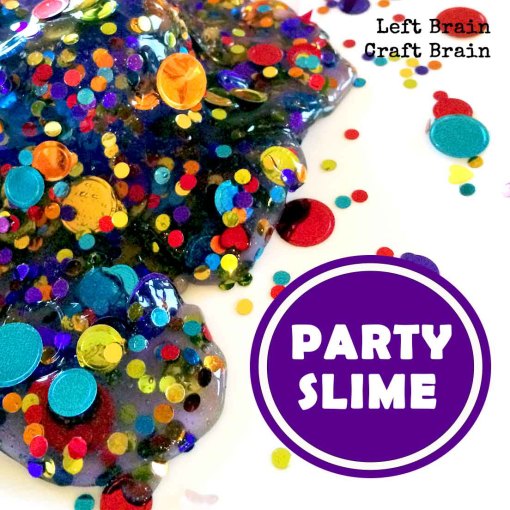