Potions and water play are some of my daughter’s favorite ways to play.  They’re a great way for her to learn about science concepts, too.  Today it’s all about viscosity.  It’s a big word for a four year old preschooler, but I’ve realized that I want to introduce my daughter to some of the real terms used in science.  So we demonstrated viscosity with thick and thin liquid potion play.  This V is for Viscosity post is part of a fun A-Z STEM learning series, too.  This post contains affiliate links. 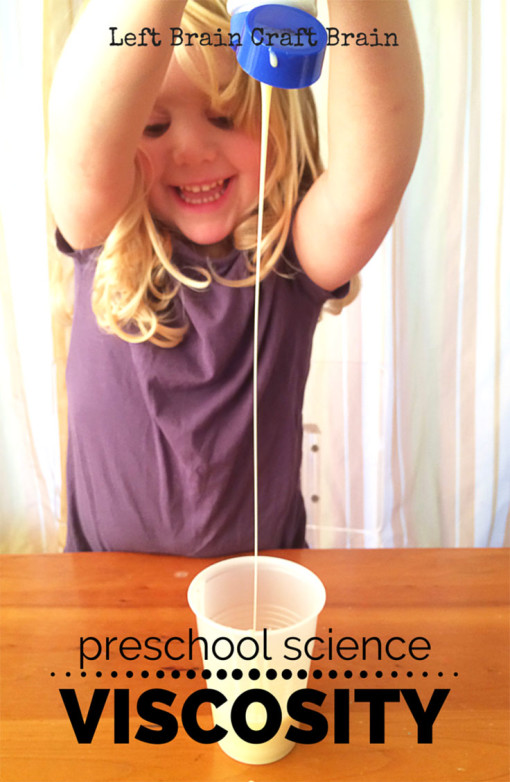 Viscosity can be seen as the of thickness of a liquid.  It’s a measure of how the molecules inside the liquid respond to stress.  A highly viscous liquid, like honey, doesn’t deform as easily as a low viscosity liquid, like water, when under stress.

To demonstrate how viscosity works, The Babe did a little potion play.  Mixing and pouring and pipetting (guessing that’s not a word…) with fluids of different viscosities.  I chose milk and oil because she’s familiar with them.  Then I picked condensed milk and castor oil as higher viscosity versions of them. 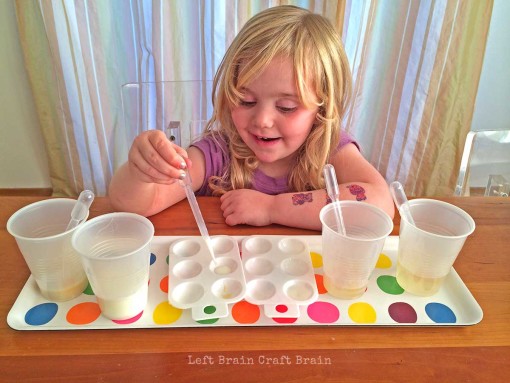 First up was playing with the liquids with the disposable pipettes.  They’re some of our favorite supplies for science and art projects.  They’re kind of sneaky too.  If you have an expensive material in one of your projects, these make it go a long way because they can only suck up so much at once.  Perfect for baking soda / vinegar reactions because it extends the reaction. 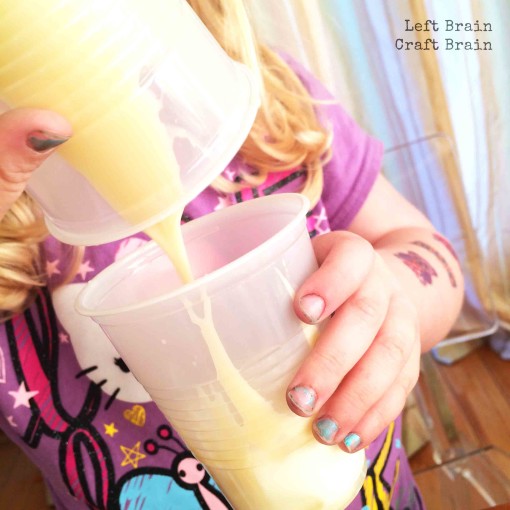 Next was pouring the liquids from cup to cup.  I wish I had gotten some pictures of her face when she poured the vegetable oil.  She was soooo surprised by how fast it came out.  Then she started giggling when the condensed milk went way more slowly.

Finally, she experienced some mixing…  “I didn’t know THAT would happen!” she said when the milk wouldn’t mix with the oil. 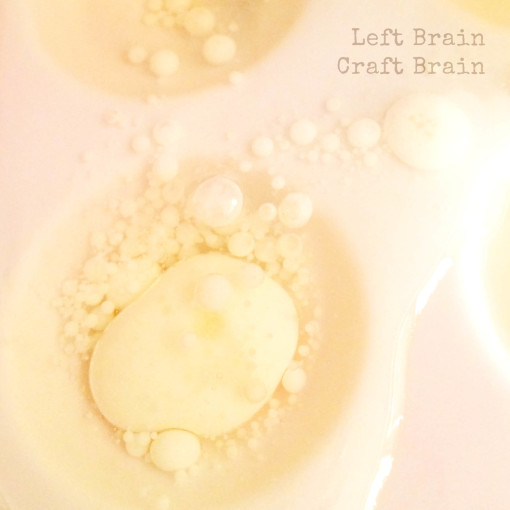 Some Questions to Ask

While we were playing viscosity potions, we had some engaging conversations.  I’m serious, she really was into it…  The Babe enjoyed experiencing how the different liquids worked and I asked her some questions to get her scientist thinking going.

This V is for Viscosity post is a part of a fun learning series called A-Z STEM.  26 letters full of science, technology, engineering & math topics.  Click through to Little Bins for Little Hands to see all of the activities. 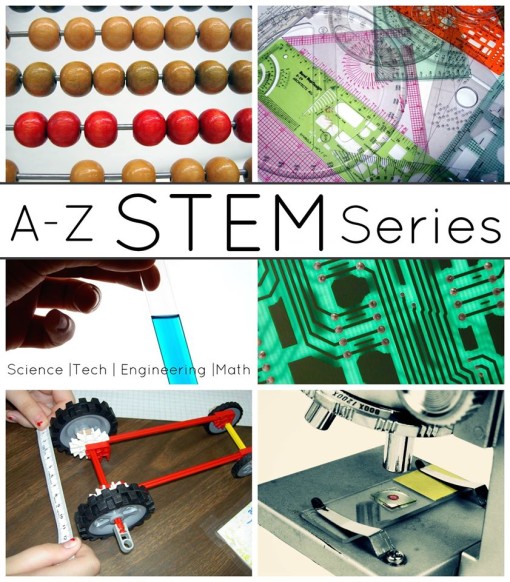 For even more STEM activity ideas, check out the Left Brain Craft Brain STEM Pinterest board.