Looking for a budget friendly, hands-on STEAM project for school or home? Thaumatropes are a perfect fit. In my latest printable, kids can explore their favorite emojis and their creative DIY side and by designing and making their own thaumatropes. 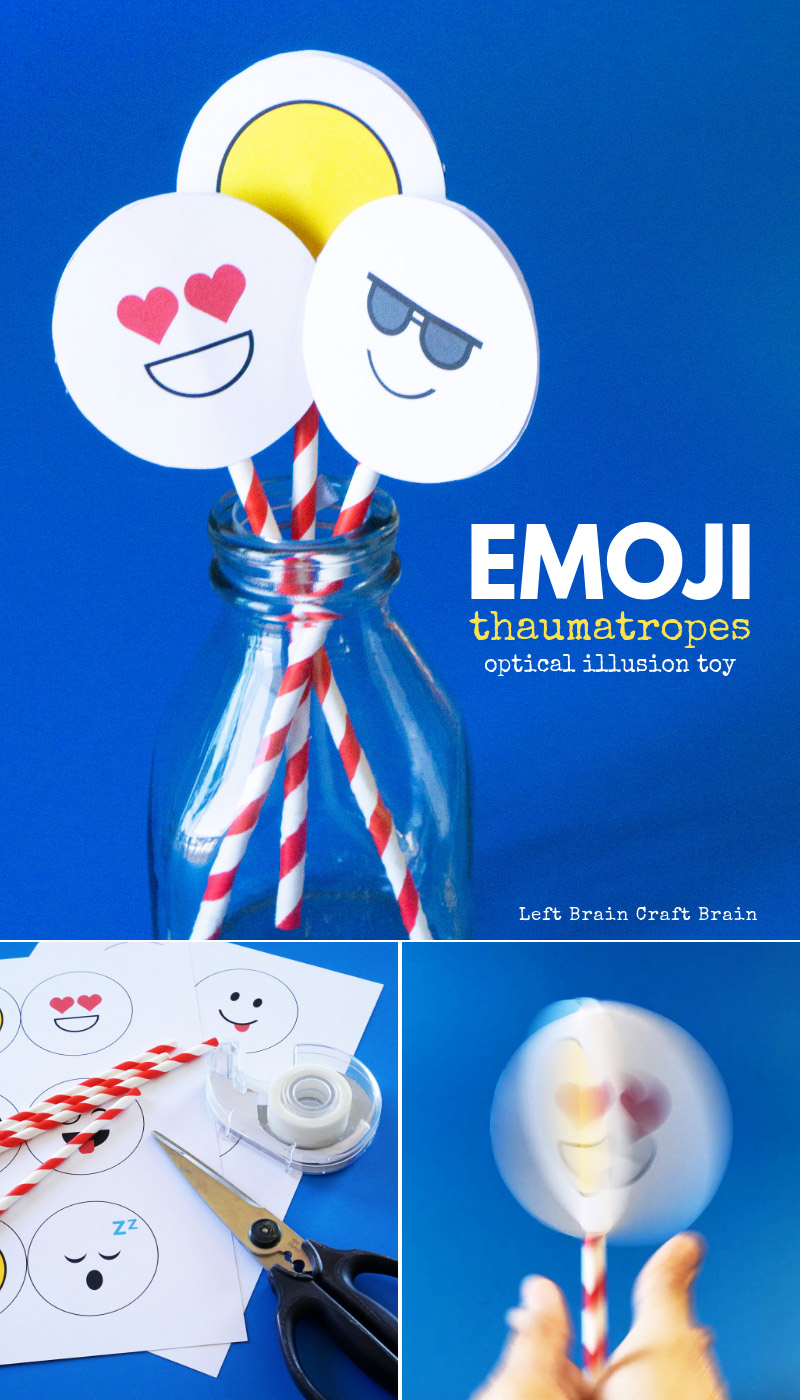 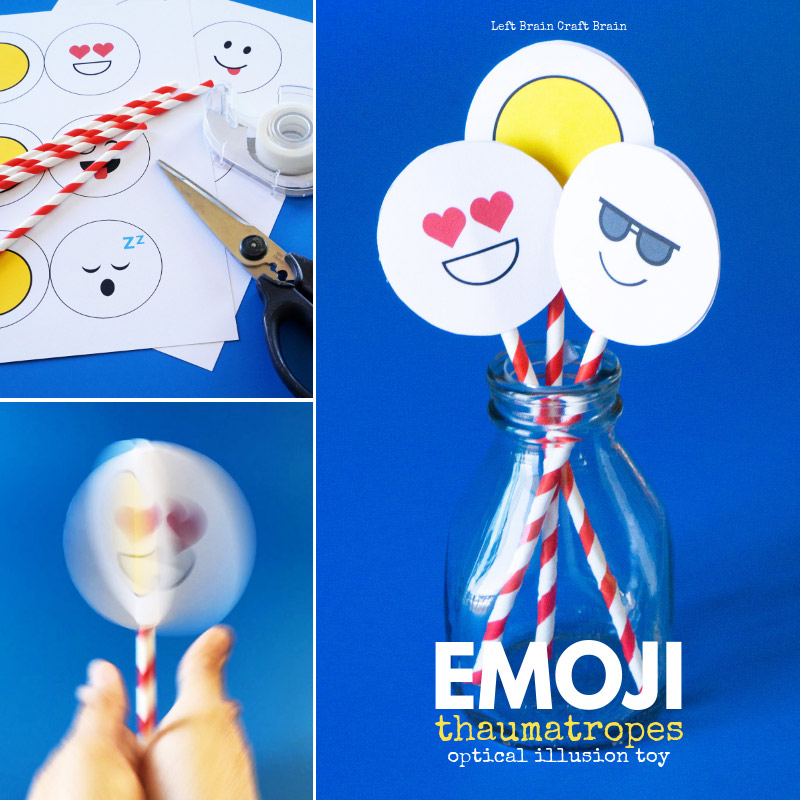 What is a Thaumatrope?

These emoji-tropes are a classic optical illusion toy called thaumatropes. They consist of two pictures that are rotated quickly. When you spin the straw between your hands, instead of seeing one of the pictures or the other, you see a combined version of the two. This is due to a phenomenon called persistence of vision. The human eye can only see 10 to 12 images per second and the brain can still be processing after the image disappears. If a new image replaces the first image while the brain is still processing, it will interpret the image as a combination of the two.

Thaumatropes are considered to be one of of the earliest forms of motion pictures and animation and were very popular in the 19th century.

Watch Them in Action in This Emoji Thaumatropes Video

Nothing beats seeing a thaumatrope in person, but you can watch this video for a taste of how they work.

How to Make an Emoji Thaumatrope Toy

You only need some basic supplies for these thaumatropes, which makes it a super budget friendly STEAM project for home or school. I’ve made the straw version in these pictures but the printable includes a string version as well. There are two different ways to buy the template, either in the full, classroom ready Thaumatrope Activity Pack Printable. Or in just template form with 14 other hands-on STEAM projects in the STEAM Kids 5 Day Challenge. 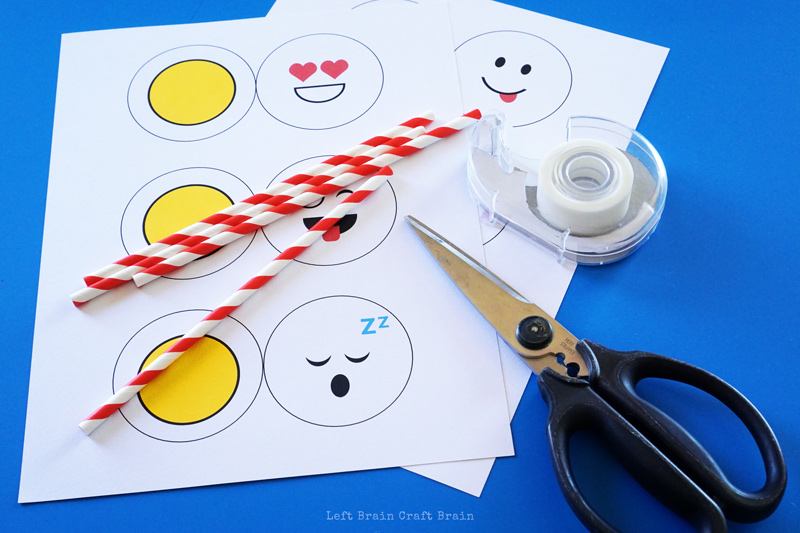 All you have to do to get spinning is print, cut, tape, and go! Spin the straw between your hands and suddenly you have a full emoji before your eyes. 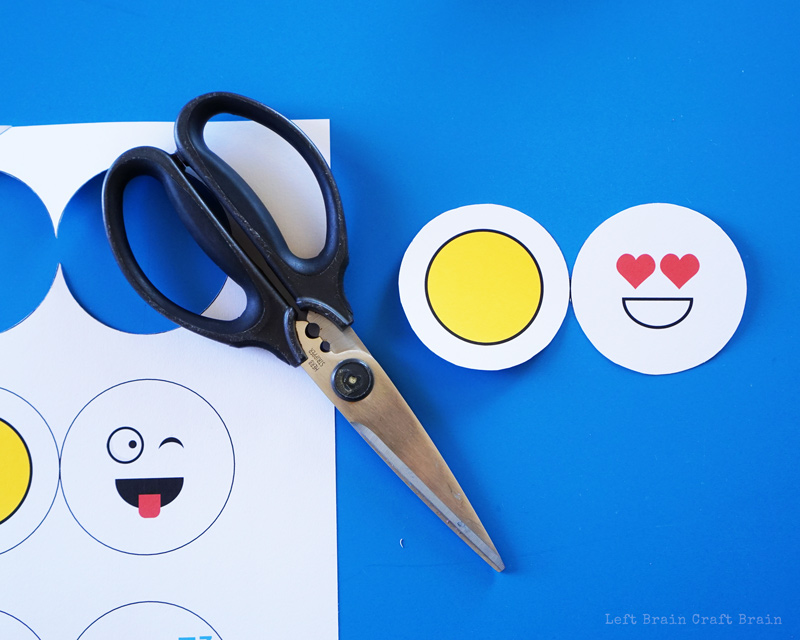 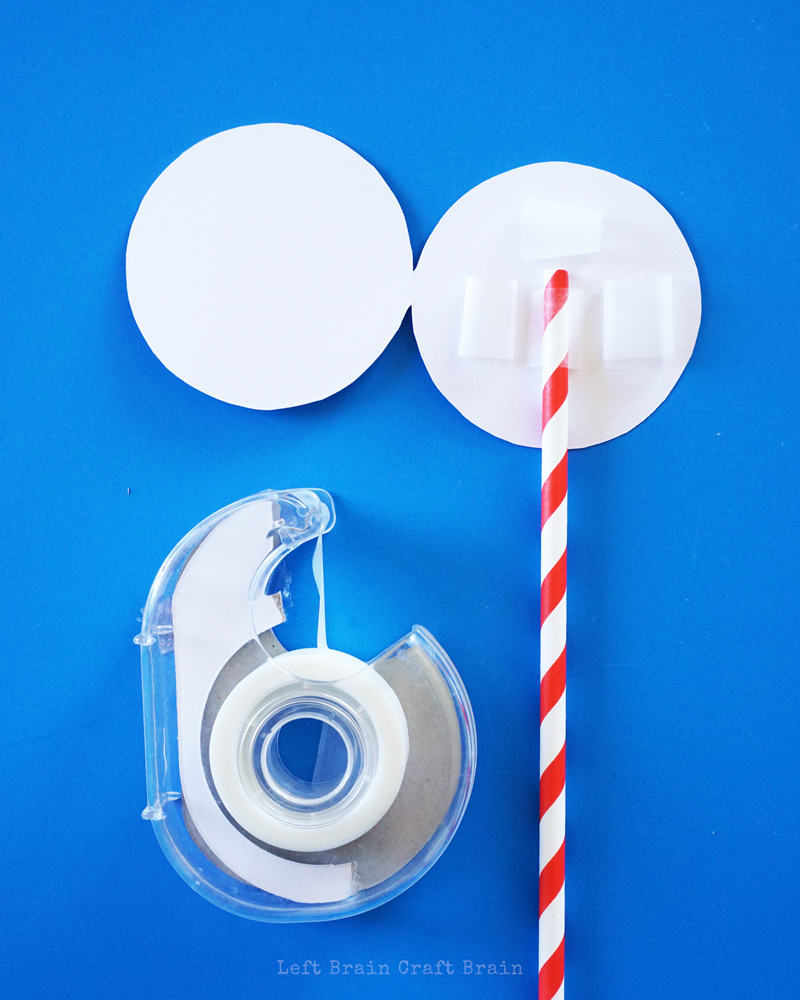 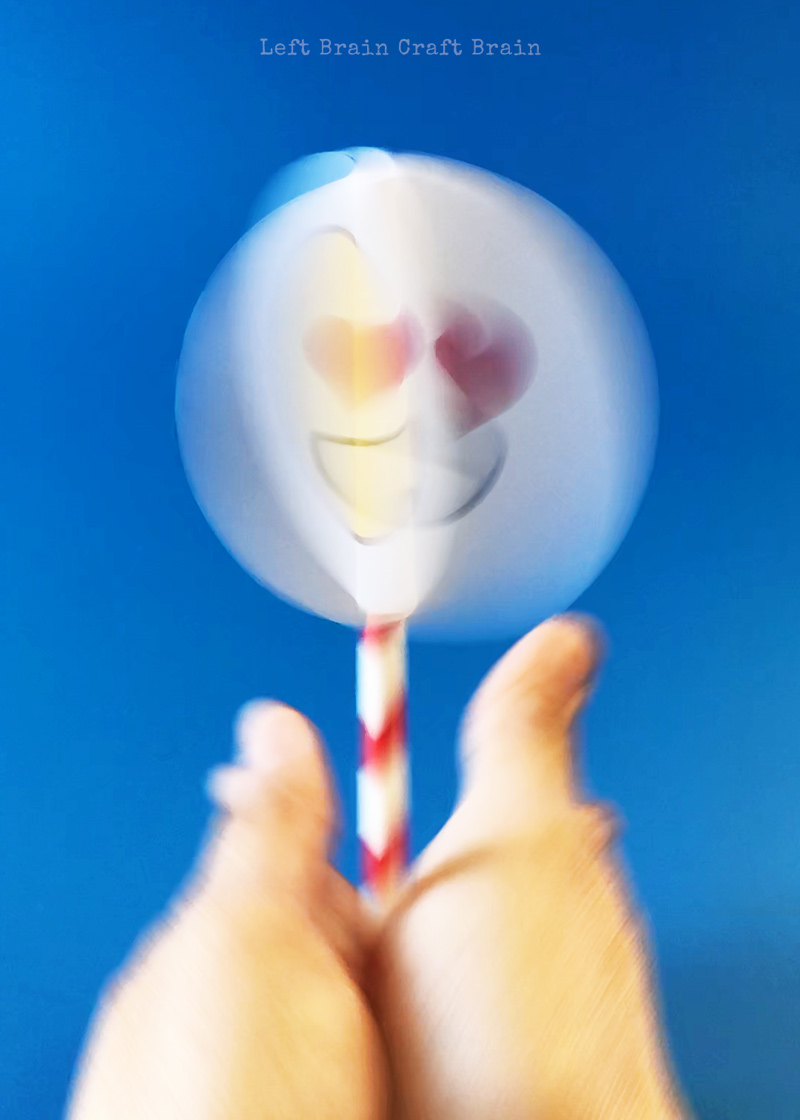 Don’t have straws? Use pieces of string instead. Fold template over and tape. Punch a hole on each side and tie a string to each hole. Then wind up the template on the strings and let go. Both versions are available in the printable. 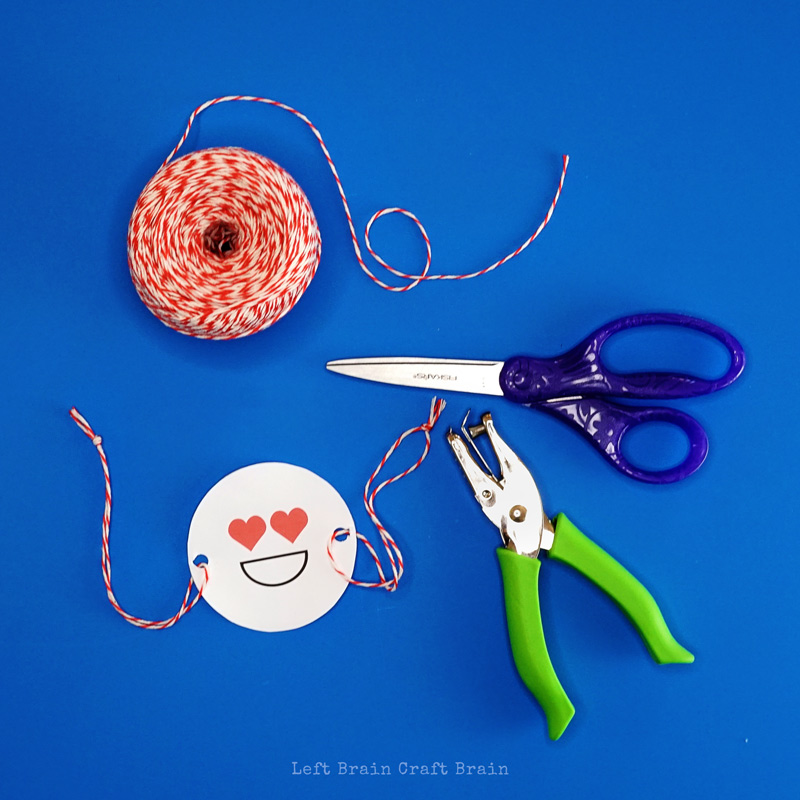 DIY Thaumatropes and Other Ways to Extend this Project

Be sure to try the DIY version in the activity pack too! Cut out the blank template, draw two different drawings, tape, and spin! What type of drawings work best in your thaumatropes? 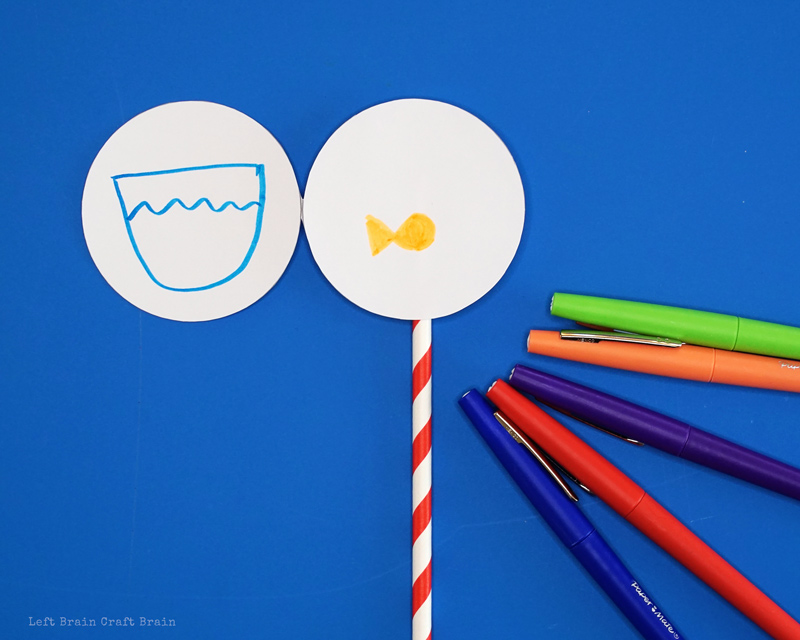 It can be hard to get kids talking about their emotions. These emoji thaumatropes are a great activity to break through some walls. For this project, have everyone pick the emoji that represents how they feel right then.

This activity is ready for your makerspace, classroom, or at home for after school. Inside the printable is everything you need including: 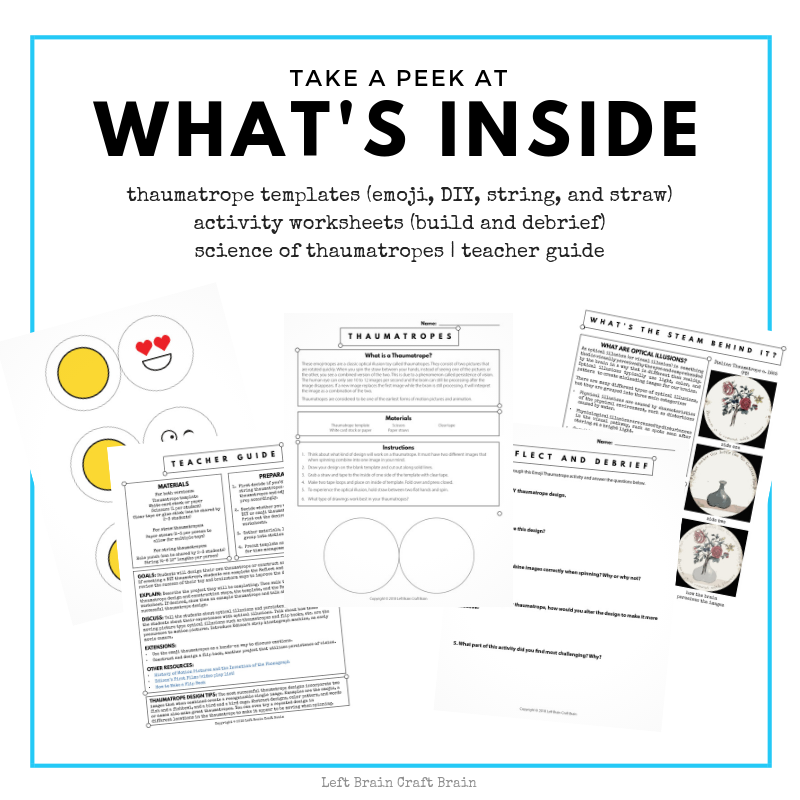 Just want the thaumatrope template without all the bells and whistles? You can grab it, along with 14 other projects in the STEAM Kids 5 Day Challenge. Kids will explore hands-on science, technology, engineering, art, and math in 5 daily themes. There’s cool stuff like a science scavenger hunt, balloon car engineering, rock balancing, and more. Each of the five themes include one large STEAM project, a quick STEAM activity for busy days as well as a recipe for a fun STEAM snack. Popcorn math, oh yes! 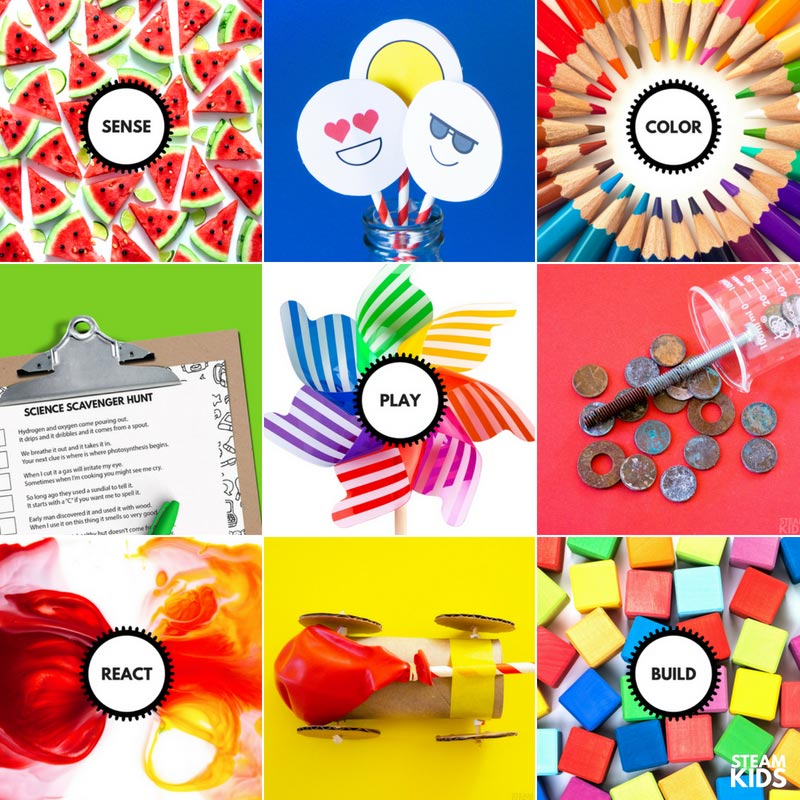 Watch some of the projects in action in this video.

Looking for some more hands-on printables that incorporate STEAM (science, technology, engineering, art, and math)? Check out this list. 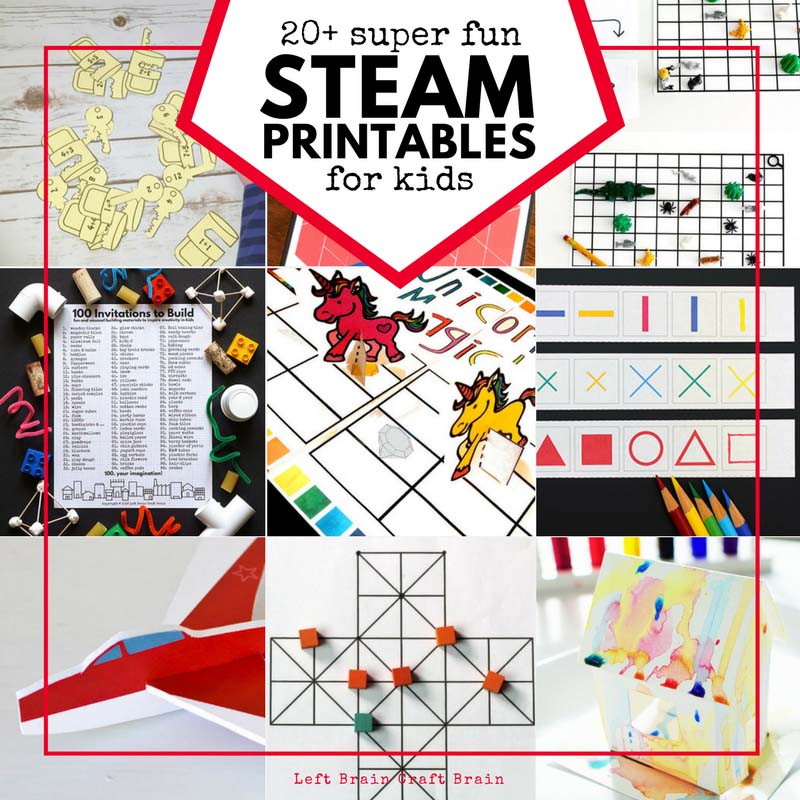